From Sade to Poe: facing up to cruelty in literature

Catherine Toal, author of The Entrapments of Form: Cruelty and Modern Literature, argues that cruelty in literature can’t be reduced to bad behaviour and bitter plot twists 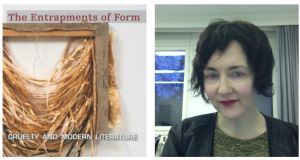 Catherine Toal: twentieth-century definitions of cruelty with which I began were symptoms of the way their object had previously been understood. Reducing cruelty to a failure to “notice” continues its suppression

To write a book on cruelty inevitably appears a suspect enterprise, even if, or especially if, it trumpets some preventative purpose. Books may safely be so bold. The author can only fall back on one of the famous precepts of psychoanalysis (which was never meant to be a source of comfort): that the normal attitude of anyone to their driving motive is “I don’t want to know anything about it”.

Conscious provocation for this project came from the American philosopher Richard Rorty’s claim that cruelty is a failure to “notice” the suffering of others, and his proposal that literature, not philosophy, provides the proper place and material for understanding this tendency. A second prompt was the work of the French literary theorist Maurice Blanchot, in his writings on the Marquis de Sade, where he defines cruelty as “nothing other than the negation of the self”.

These two definitions interested me because they seemed far from any everyday understanding of what cruelty is. They also raised a question about the relationship between cruelty and literature: how does this supposed source of instruction represent a phenomenon we cannot adequately learn about from philosophy?

I discovered that Rorty’s and Blanchot’s definitions have a long history, one that intertwines at certain points, and shows us a new understanding of cruelty in modernity, which emerges in literature through specific narrative patterns. Cruelty in modernity is not simply an excessive infliction of violence with a malignant intentional twist, or a psychological abusiveness with the same deliberate quality. Rather, it involves a reduction of individuals to a state of equivalence, and the enforcement of complicity in that process. It could be described as the nightmare reverse-image of the ideals of equality and fraternity in the revolutionary age. The literary vignettes that enact this dynamic are correspondingly frozen and notational, dissolving human vitality on a stylistic level.

The traditions represented by Rorty and Blanchot figure this development in contrasting ways. Sade, Blanchot’s reference, provides the inspiration for an active French literary celebration of cruelty continued throughout the nineteenth and into the twentieth century. Sade’s narratives have as their blueprint the mechanism of a trap, in which the libertine’s victim is invited to secure survival by means of betrayal of a loved one-and is annihilated anyway, precisely through compliance with the trick. The effect of the trap is to confirm the libertine in his artificial exercise of godlike power, inoculating him through repetition against the vulnerability he underlines in his victims. Sade’s political views reveal the threat being warded off by his device: he converts the institutions and laws of the new Republican state into a framework for serving libertine prerogative.

Rorty’s focus on “noticing” acquires deeper significance in the light of a motif pervasive in American literature from its earliest texts, of murders committed without clear agency – accidental, inexplicable, overlooked. The paradigm for this feature is the “perverse” plot crafted by Edgar Allan Poe, the structure of which is also traceable in the works of Charles Brockden Brown, Washington Irving, and James Fenimore Cooper. The “perverse” is essentially a mechanism that generates murder through the design of narrative itself. A compulsively repeated device, it registers yet at the same time seeks to suppress an awareness that American colonialism was pursued through genocidal destruction.

In part through Poe’s posthumous influence in France, transmitted by Charles Baudelaire, the American perverse merged with the Sadean legacy to express an aesthetic attraction to cruelty as a form of resistance to what Baudelaire felt were the sentimentalist, progressivist political ideologies of the nineteenth century. The epitome of this merger can be found in the work of the surrealists’ muse, Lautréamont, where poetic rhetoric is presented as a mere camouflage for murder, unfolding before readers’ eyes to cover up a violent act.

There are other important instances of exchange between French and American literature in this history: Herman Melville dramatises Tocqueville’s observation, in Democracy in America, of the contradiction between the general “sympathy” between citizens in American society (which Tocqueville attributes to the absence of social hierarchy), and the cruelty with which Americans treat their slaves. In Benito Cereno, Melville creates a narrative trap in which sympathy between whites becomes a systematic source of cruelty, thereby exposing racial hierarchy as the deathly core of American identity. Later in the century, Henry James repudiates what he sees as the “cruelty” of French naturalism – whose authors savagely disappoint the deepest desires of protagonists, especially female protagonists – by constructing plots where female desire seems to extend infinitely, never confronting obvious and insurmountable obstacles to its fulfilment.

What I discovered, in other words, was that the twentieth-century definitions of cruelty with which I began were symptoms of the way their object had previously been understood. Reducing cruelty to a failure to “notice” continues its suppression. This is even more clear in the counterparts formed by the insistence, in contemporary American cultural theory, on the political power of sympathy, and the denial of the legal relevance of cruelty to cases involving the treatment of prisoners or those refused due process. In French literature, Blanchot’s idea of a heroic, self-sacrificing Sade represents the culmination of a series of revisions of Sade’s narratives wherein the actual victim of libertine violence is gradually erased. Blanchot’s perspective is very much at odds with interpretations articulated by German-Jewish philosophers in the 1940s: Theodor Adorno and Walter Benjamin locate in Sade, and in French readings of Lautréamont respectively, an anticipation of fascism. Whatever we decide to learn from it, it is evident that the history of cruelty in literature pertains to more than the conduct of characters and bitter turns of plot.

Catherine Toal is Professor of Literature and Dean of the College at Bard College Berlin, Germany and author of The Entrapments of Form, Cruelty and Modern Literature