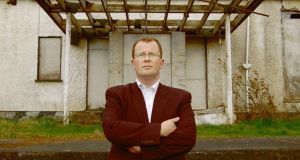 There’s an apocalyptic quality to Benjamin Myers’s The Gallows Pole (Bluemoose, £9.99), which opens in 1767 as rumours reach the Yorkshire moors of the satanic mills that will transform England’s economy and the rural way of life for ever. High on the moors, self-proclaimed “King” David Hartley leads the Cragg Vale Coiners, a band of outlaws engaged in “the yellow trade”, which is to say the clipping and forging of coins. Determined to put an end to a practice undermining “the realm’s own mint”, an excise man, William Deighton, and lawyer, Robert Parker, set out to destroy the Coiners and hoist Hartley upon the gallows.

Myers’s fifth novel is rooted in historical fact and deeply embedded in rural Yorkshire, its “holme and royd, thwaite and clough”, as Myers explores a clash of civilisations in which Hartley’s semi-organised criminals and ragtag individualists are crushed beneath the inevitability of progress. The dark, lyrical intensity brings to mind David Peace and Gordon Burn in a superbly detailed and eloquently crude depiction of Hartley’s place and time as the uneducated philosopher-king revels, as he puts it himself, in “the fine art of the coinin and the clippen, makine munny and fucken the man”.

Sarah Stovell’s debut, Exquisite (Orenda Books, £8.99), opens with Bo Luxton, an author and creative-writing lecturer, encountering that rarest of beasts the promising student. Desperate to escape her humdrum existence in Brighton, an aspiring writer, Alice Dark, is delighted when Bo invites her to spend a week at her home in the Lake District. Soon, however, the meeting of minds becomes something rather more intensely physical, and Alice finds herself wondering if Bo’s husband, Gus, isn’t the one thing standing in the way of her ecstatic happiness.

Exquisite is a psychological thriller in which, unusually, both protagonists appear equally unhinged

Exquisite is a psychological thriller in which, unusually, both protagonists appear equally unhinged. Bo, we learn, is blamed for beguiling and then abandoning a young writer, Christian, who subsequently killed himself; nevertheless, Bo’s understanding of the world is such, Alice believes, that “it was greater than genius and placed her beyond human”.

Delivered in a she-said, she-said narrative style, the story escalates swiftly from mutual admiration to love, and thence to misunderstanding and potential violence. It’s a potent mix, although any reader who believes that credibility is strained by the speed with which Alice and Bo find themselves helpless in the face of unbridled passion may well agree with Alice when she informs us, tongue in cheek, that “I was like a cliché from a Victorian romance novel”.

Plus ça change, plus c’est la même chose. Bigotry and hate crimes provide the backdrop to Brian McGilloway’s Bad Blood (Corsair, £13.99), the fourth in his series to feature DS Lucy Black of Derry’s public-protection unit. In this fascinating snapshot of contemporary Northern Ireland, however, which is set against the impending Brexit referendum, the bigotry and hatred are no longer confined to sectarianism: Lucy separately investigates the intimidation of a Roma family on the Greenway Estate, and the murder of a young gay man, bludgeoned to death with a rock. Intolerance is the new normal, it seems, for the “community-sanctioned psychopaths defending their culture” who maintain their stranglehold on their tiny fiefdoms.

A compelling tale of twisted loyalties and betrayals, the story plays out in the mean streets and back alleyways populated by a lost tribe, long since poisoned and abandoned by their politicians, who wander the concrete wilderness following the faint echo of the long-promised “peace dividend”. The clean-living and morally sound Lucy Black may be too good to be true by the standards of today’s crime fiction as she pursues the truth through Derry’s claustrophobic labyrinth, but, like McGilloway’s previous creation DI Benedict Devlin, she represents the hope that things may change – perhaps even for the better.

Can You Hear Me? reads like a collaboration between Daphne du Maurier and Megan Abbott

Elena Varvello’s Can You Hear Me? (Two Roads, £14.99) is a haunting coming-of-age novel narrated by 16-year-old Elia Furenti. On the cusp of manhood, Elia is obsessed with Anna Trabuio, the mother of his new friend Stefano; the story proceeds by way of alternate chapters, as Elia recounts his recently unemployed father’s descent into depression and psychosis while also (in chapters titled “Truth”) imagining his father’s actions as he abducts a woman and takes her into the woods. Set in a small Italian town in the late 1970s, Can You Hear Me? reads like a collaboration between Daphne du Maurier and Megan Abbott, a superb psychological study marinated in a teenage boy’s simmering hormones.

A poet and award-winning short-story writer in her native Italy, Varvello writes tautly lyrical prose (beautifully translated by Alex Valente), delivering an absorbing tale that draws the reader into a nightmarish fever dream of isolation and paranoia given a chilling sense of inevitability by Varvello’s matter-of-fact tone and Elia’s deadpan narration

Opening in 1940, The City of Lies (Constable, £19.99) is Michael Russell’s fourth novel to feature the Dublin-based special-branch detective Stefan Gillespie, whose Irish-German heritage has proved useful to his superiors before. Investigating a suspected murder and arson in west Co Wicklow, Stefan stumbles across what appears to be a German radio. Soon he is on his way to Berlin as a courier carrying crucial information to the Irish Ambassador, there to encounter Francis Stuart and Frank Ryan, among others. Meanwhile, in 1939, Hauptmann – or Capt – Johannes Rilling records the atrocities being committed by German troops as they blitzkrieg through Poland, a series of mass murders of civilians on a scale previously unimaginable to a Wehrmacht officer.

Blending historical events into his fiction, Russell creates a vividly detailed tale that investigates the coming horrors of the Holocaust – “Blood spoke to blood; when it did there were no questions” – and explores a Berlin drunk on power and triumph but already experiencing the bizarre collective psychosis of a city built on lies. By turns harrowing, tender and hopeful, City of Lies is Russell’s most accomplished novel.

Declan Burke is a journalist and author. He is the editor of Trouble Is Our Business (New Island Books)

Charlie Daniels, country star who sang The Devil Went Down to Georgia, dies at 83
3

Pachinko review: a masterpiece of empathy, integrity and family loyalty
5