From a Low and Quiet Sea review: a writer who has never met a bore

Donal Ryan can blow attractive life into a character no matter how compromised, mean or dreary 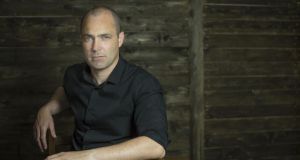 Donal Ryan: it’s a truism that writers should love their characters, but it’s much harder than people realise

Book Title:
From a Low and Quiet Sea

When Donal Ryan’s crackling talent broke out on the world, with the publication of The Spinning Heart, comparisons to James Joyce were obvious: the dazzling array of voices, the pitch-perfect Munster demotic driving the rich streams of consciousness, and the genuine interest in the “common man”. Ryan is not the first Irish writer indebted to Joyce, but his work reminds me of something Sylvia Beach said about Joyce: “He told me that he had never met a bore.”

I don’t think Donal Ryan ever met a bore either, because he can blow attractive life into any number of characters, no matter how compromised, mean or dreary. You can start off thinking, like I did as I read From a Low and Quiet Sea, I hate this Dixie fellow – but soon the despicable character will be making you laugh and breaking your heart. It’s a truism that writers should love their characters, but it’s much harder than people realise, and I doubt it can be taught, especially when dealing with the large numbers that dwell in Ryan’s village.

This slim and highly concentrated novel comes in three parts, each with a distinctive voice. The word “trinity” wouldn’t be out of place, as there is a sense of religion about this book, although not in a conventional sense, even if the third character, John, is an actual penitent on his knees, praying for the duration of his story.

Ryan returns to Syria for the first section, which is told by the refugee Farouk. The fast demotic is replaced here with a reserved third-person voice as the prose slows down to a thoughtful rhythm. Powerful and harrowing, Farouk’s flight from Syria with his wife and child is reminiscent of biblical stories such as the Flight into Egypt, but it’s the beautiful opening paragraphs, describing how trees communicate, that sets up the parabolic intent: “They speak to each other through tunnels that extend from their roots . . . sending their messages cell by cell . . . If a tree is starving, its neighbour will send it food. No one knows how this can be, but it is . . . They know the rule, the only one that’s real and must be kept. What’s the rule? You know. I’ve told you lots of times before. Be kind.”

There is a strong echo here from the beginning and end of The Spinning Heart, when Triona says, “Oh Love.”

In the second section, the fast, furious, funny voice of lovesick Lampy is one of another trio; he lives with Mam and his grandfather, Dixie. Joseph-like, Dixie has taken on the role of father to another man’s child, but when we first hear Dixie he’s telling Mam about the jokes he’d played on fellows in the pub the previous night. He’s a foul-mouthed St Joseph, and the jokes are funny but nasty, that familiar humiliation practised in Irish country bars when someone is deemed to need a taking down. Yet Lampy feels “ a strange thrill of pride. His grandfather was wicked; when he was in form his tongue could slice the world in two.”

The voices on the bus are wonderful – classic Ryan material, especially when the fancy tinted-windowed Mercedes nearly crashes

Dixie’s sarcasm comes from his anger with an unfair world, but he will do anything for his daughter. He supported her without question when she came home pregnant without a backstory. We never get to know shadowy Mam, who lives “in a world of ghosts and angels: they swirled and flocked about her all the time. She read . . . about angels, and about awareness and mindfulness and the afterlife, and she saw signs everywhere . . .” Dixie’s loving grip on Lampy is a bit too tight, and Lampy is stuck driving the retirement home’s bus, which (along with his lack of attention) becomes his nemesis.

The voices on the bus are wonderful – classic Ryan material, especially when the fancy tinted-windowed Mercedes nearly crashes. Earlier on, plane turbulence was a moment of reckoning for John, who sees angels too, like Mam. John was a lobbyist, a money man – one of least loved creatures in Ryan’s universe; although the account of John’s childhood is brilliantly illuminating, he needs expiation. But for all its humour the bus is a scene of tragedy, where protagonists and readers finally make the connections and the three stories become one.

Coincidence might be a little strained at the end in order to make those final connections work, but perhaps the neat seeding of a realistic novel is not intended here. Three is also an important number in the kind of folklore that underscores Ryan’s third novel, All We Shall Know, with its themes of fate and fortune-telling. A fairy tale with as much painful violence told by Farouk’s wife at the beginning returns at the end to complete the circle – “not a true story . . . a fable . . . its moral how useless it is to blame others for things not being as we’d like them to be”.

Martina Evans is a poet and novelist. Her books include Petrol and Now We Can Talk Openly About Men, which is due from Carcanet in May