Fighters in the Shadows: A New History of the French Resistance, by Robert Gildea

Review: Robert Gildea believes France downplayed the extent of its collaboration with Nazi Germany to help it cope with the trauma of defeat and occupation. His vivid, convincing new account focuses on the groups that did resist Hitler: communists, republicans, anti-fascists and, above all, women 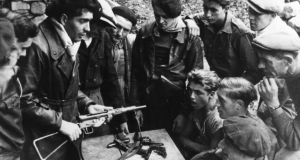 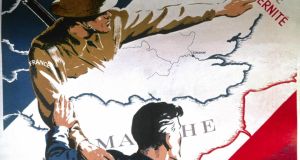 Book Title:
Fighters in the Shadows: A New History of the French Resistance

A few years ago I attended a memorial for a group of Resistance fighters in a small village in southwest France. A large stone Cross of Lorraine showed the names of 18 men who had been betrayed to the Germans and shot in 1944. One man had survived, and now he stood, 91 years old, shivering in his greatcoat on the hot August day, holding the flag and calling out “Morts pour la France!” as the names of his dead comrades were read out, in the presence of all the local political and military bigwigs. Surprisingly, the mayor, a staunch socialist, was absent. When I asked him why, he replied, with disgust, “It’s all lies. They didn’t die for France, they died for an ideology.”

His words came back to me when, in this fascinating book, I came across the story of the French communist Jean Pierre Thibaud, who, facing a German firing squad in 1941, cried out “Vive le Parti Communiste Allemand!”

As he points out, “To deal with the trauma of defeat, occupation and virtual Civil War, the French developed a central myth of the French Resistance. This was not a fiction about something that never happened, but rather a story that served the purposes of France as it emerged from the war. It was a founding myth that allowed the French to reinvent themselves.”

In order to circumvent this narrative, Gildea bases his book on personal testimony, both written and oral, and this use of first-person accounts lends a rare freshness and raw emotion to a familiar story.

After the fall of France in 1940, Charles de Gaulle and his Free French were a small and powerless group, loathed and disregarded by Churchill and Roosevelt. Many French people seemed relieved by the end of hostilities and enthusiastically accepted the new Vichy regime.

The military leaders, and their supporters in particular, were not sorry to see the end of the Third Republic, convinced there was something wrong with a political system that had allowed Leon Blum, a socialist and a Jew, to become prime minister.

Resistance, such as it was, started with small groups of friends and colleagues, who met in cafes and experimented with false identities. However, the communists were well placed to play a leading role, as they would do in other occupied countries, such as the Netherlands, Greece and Yugoslavia. They were organised and disciplined, and could draw on a large body of battled-hardened veterans of the Spanish Civil War. At first they seem to have been constrained by the Nazi-Soviet pact, but Hitler’s invasion of Russia in June 1941 changed all that.

Typical was Pierre Georges, also known as Colonel Fabien. As a teenager he had fought in the International Brigades, and now he was back home in Paris, organising an armed group. Unbelievably, until then there had been no attacks on German military in France, and Fabien resolved, à la Dan Breen, that it was time to break the taboo.

One of Fabien’s group tells the story: “On the morning of 23 August, Tondu and I had a rendezvous with Fabien inside the Metro Barbès at 8am. Fabien was going to do the deed while I provided protection. We spotted a magnificent naval commandant strutting on the platform. Fabien said, “That one”. The train arrived, the officer got into the first class carriage and at that moment Fabien fires two shots . . .”

Gildea points that this deed was met with outrage and horror by the population at large. But when the Germans started executing innocent hostages, people began to realise that l’attentisme – just sitting tight and waiting until the war ended – was not going to work. As armed resistance grew, especially in the southwest, de Gaulle struggled to gain control over the various autonomous groups, which ranged from extreme left to extreme right, sending over Jean Moulin for this purpose.

Betrayed to the Gestapo

Despite this, groups like La Nueve, made up of Spanish republicans, were doing much of the actual fighting, and as the Allies approached they tried to liberate Paris. As Gildea points out, the communists saw the Paris rising of 1944 as being in a tradition leading back to 1789, 1848 and 1871. They were engaged in an ongoing struggle against fascism, not just the Germans, and the next step would be to liberate Spain from Franco.

But there would be no new dawn. As de Gaulle put it, “France is not a country that is beginning. It is a country that is continuing.” In this, “the only, the real, the eternal France”, there was no place for the ragtag army of anti-fascists, and he tried to disarm and demobilise them.

Colonel Fabien appears again, putting together a regiment of fighters and heading for the frontline. Spurned by de Gaulle’s new French army, they linked up with the Americans and advanced towards Germany. On December 27th, 1944, an anti-tank mine he was preparing exploded, killing him and three other communist leaders. There is still debate about whether this was an accident.

The end of the war brought with it the usual disillusionment and power-grabbing, and Gildea shows clearly how the narrative was stolen by the old elites, to the despair and disgust of many of the actual combattants. In the last sentence of this often moving and illuminating book, Gildea writes, “The Story of the French Resistance is central to French identity. If the story changes, it is an invitation to re-examine that identity.”

Perhaps, in this thrilling story of anti-fascist solidarity between Polish Jews, French communists, Spanish republicans and German and Italian (and even Irish) anti-fascists, we can even see the seeds of a possible new European identity.

Michael O’Loughlin is a critic and poet. His latest collection is In This Life