Essayism review: Its own kind of self-made masterpiece 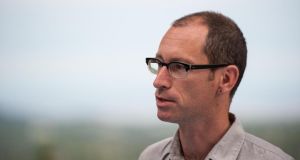 Essayism: Brian Dillon has made an enjoyably roundabout and light-fingered attempt at making some sort of classification of the subject of his book

For those of us elders who went to school under the old dispensation, nothing was more surely calculated to make us detest the essay form than that stout textbook of English prose forced on us as part of the general memory test that in those days passed for education.

The piece from that ponderous compendium everyone remembers is Charles Lamb’s A Dissertation upon Roast Pig – children are always interested in food – but how many years had to pass before it dawned on us that the likes of William Hazlitt and Robert Louis Stevenson were surpassingly fine writers?

For Dillon, essays and essayists achieve ‘a combination of exactitude and evasion that seems to me to define what writing ought to be’

Stevenson and Hazlitt were masters of the essay form, but it is a question, of course, as to whether the essay is a form at all. Brian Dillon, in this wonderful, subtle and deceptively fragmentary little book, quotes Michael Hamburger from the dissident side: the essay “has no form: it is a game that creates its own rules”. Dillon himself is more affirmative, though ambiguously so; for him, essays and essayists achieve “a combination of exactitude and evasion that seems to me to define what writing ought to be”.

He takes his title from a chapter – the 62nd, he notes; essaysists tend towards the finical – of Robert Musil’s behemoth of a novel, The Man without Qualities, in which the author accepts that etymologically the word “essay” suggests an attempt, but not in the sense that it may or may not fail. “Terms like true and false, wise and unwise, are especially inapplicable,” according to Musil, “and yet the essay is subject to laws that are not less strict for appearing to be delicate and ineffable.”

In the course of his enjoyably roundabout and light-fingered attempt at making some sort of classification of the subject of his book, Dillon quotes from an impressively wide range of sources – he is a deft picker-up of well-considered trifles – ranging from Sir Thomas Browne to Joan Didion, from Robert Burton to Virginia Woolf, from Montaigne, naturally, to Maeve Brennan, and many other disparate practitioners of the art.

All the passages he adduces are apposite and apt to his theme. Here, for instance, is the philosopher and Frankfurt Scholar Theodor Adorno, who with characteristic papal bullishness insists that “the desire of the essay is not to seek and filter the eternal out of the transitory; it wants, rather, to make the transitory eternal”.

Dillon begins the book with a list of subjects, “almost all of which are real”, on which writers have written essays. He suspects, he tells us, that the essay “has a peculiar affinity with the list, its rigours and its pleasures”. One might raise an eyebrow at the notion of mere parataxis – “one damn thing after another” – as a provider of pleasure, but Dillon offers convincing instances, such as the exhaustingly comic catalogues perpetrated in the Cyclops chapter of Ulysses – Joyce, who cheerfully acknowledged the weak inventiveness of his imagination, dearly loved a list – and that apotheosis of the catalogue, William Gass’s On Being Blue, one of that marvellous writer’s most marvellous and superbly wrought conceits.

Dillon is a strong admirer of Virginia Woolf as essayist, treasuring her ‘infinitesimal imagination, her rigorous feeling for what is hardly there at all’

Dillon is a strong admirer of Virginia Woolf as essayist – in which role, some of us would say, she was at her best – treasuring her “infinitesimal imagination, her rigorous feeling for what is hardly there at all”. A study could be made of “particles” in Woolf’s novels and essays, he observes, and goes on to relate a delightful anecdote about the husband of a friend of his, who studies cosmic dust at the South Pole. “Thirty thousand tonnes of extra-terrestrial material enters the earth’s atmosphere each year” – did you know that? – “in the form of irregularly shaped particles or cosmic spherules . . .” The scientist, Dillon’s friend told him, spent weeks studying under his microscope what he took for one such tiny speck of stardust, which seemed to consist of a material neither he nor any of his colleagues had encountered before. Then one day the object simply disappeared: “It had been an air bubble all along.”

Might dust, Dillon wonders, be “the founding metaphor by which to broach the unruly topic of the essay?” In an exquisite following passage, he worries that the metaphor will carry connotations of the essay as “antique and moribund”, a liminal form surviving only in classrooms and libraries: “Essays, ancient and modern, can seem precious in their self-presentation, like things too well made ever to be handled. Touch them however and they are likely to come alive with the sedimented evidence of years; a constellation of glittering motes surrounds the supposedly solid thing, and the essay reveals itself to have been less compact and smooth than thought, but instead unbounded and mobile, a form with ambitions to be unformed.”

Then, a few pages later, in a section headed “On consolation”, the book with a sudden but perfectly timed jolt veers off in an entirely unexpected direction, and, as is often the case with the essay, we discover that the author’s real subject is much more than it at first seemed – much more weighty, much more intricate, much more personal. “In the summer of 2015,” Dillon writes, “the life I had lived for a decade and a half came to an end.” Wisely, he offers few details of the calamity that befell him – a relationship of long standing was broken, followed by a long bout of suicidal depression, and a course of psychotherapy.

This chapter, not even four pages long, interrupts the elegant flow of the narrative – let us call it a narrative – like an anguished sob piercing through the subdued hubbub of a salon conversation. At first one is shocked, and unsure what to make of the brief outcry. Is the book we are reading no more than “a constellation of glittering motes” surrounding an all-too-solid object – that is, the author’s spiritual maladies?

What, he asks, might he mean by style? The answer he provides is at once an apologia for and a vindication of the book he is writing

Consternation deepens when we turn the page and find ourselves, in the chapter “On style”, back among the passionate civilities Dillon accustomed us to from the outset. Style, he surmises, is what he prizes most in the essay – and, we assume, in other forms of writing too. What on earth, we demand, has felicitous prose got to do with the emotional collapse described in the previous pages?

But ah. What, he asks, might he mean by style? The answer he provides, subtle to the point of slyness, is at once an apologia for and a vindication of the book he is writing, and eventually will have written. Perhaps his passion for style, he ventures, “is nothing but an urge, an aspiration, a clumsy excess of admiration, a crush. On what? The very idea. Form and texture rescued from chaos, the precision and extravagance of it, the daring, in the end the distance, such as I think I could never attain. As much as in a person, in a body, as in prose: those who can keep it together. ‘I like your style’ means: I admire, dear human, what you have clawed back from sickness and pain and madness.”

There is much more to Essayism that has been essayed here. There are meditations on the aphorism – how can he characterise La Rochefoucauld’s maxims as “somewhat glib and static phrases”! – on the pain of watching his mother die young, on his years as what used to be called a “budding writer” in 1980s Dublin, and on, of course, the writers he most loves, who include Roland Barthes, EM Cioran – one wonders if he is aware of Cioran’s poisonous anti-Semitism when he was a young man in pre-war Romania – Cyril Connolly and WG Sebald. To borrow from one of Barthes’s titles, this is a lover’s discourse, the love object being writing, not only in the essay but in all its forms.

It is also a testament to the consolatory, even the healing, powers of art. And at the last, in its consciously diffident fashion – Dillon is a literary flaneur in the tradition of Baudelaire and Walter Benjamin – it is its own kind of self-made masterpiece.