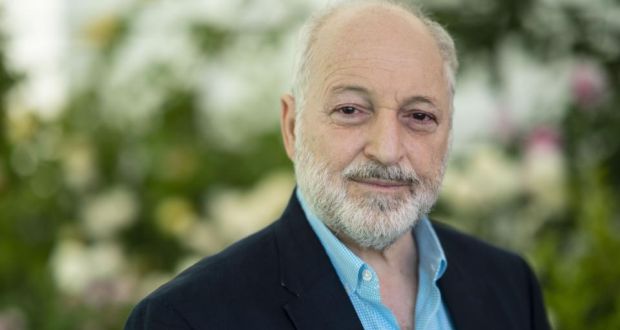 Andre Aciman: some inconsistent characterisation is more than offset by the beauty of his language. Photograph: David Levenson/Getty

Fifteen years ago, I briefly dated a Mormon bisexual, which probably sounds like the beginning of a joke with no punchline. Rather than playing along with the cliche that he could get twice as much action as anyone else, he told me that he was rarely satisfied, for when he was with a man, he wanted a woman, and when he was with a woman, he longed for a man. Ultimately, it made for quite a frustrating existence.

I was thinking of him as I read André Aciman’s new novel, Enigma Variations, his first since the triumphant film adaptation of his debut, Call Me By Your Name. For although the word “bisexual” is never used in the book, we visit the narrator, Paul, at five separate points in his life, from childhood to middle age, and in each we find him striving for, escaping from or cheating on love, while the objects of his affections continually switch genders.

The opening section, First Love, is the most successful by far, a bravado piece of writing twice as long as any that follow, in which we see the 12-year-old Paul falling in love for the first time with a cabinetmaker some 15 years his senior. The relationship between the two is platonic – Giovanni shows the boy kindness, acting as a mentor to him and teaching him his craft – but both slowly come to recognise the deeper feelings with which the boy is struggling.

Aciman writes with an aching sensitivity and a deep understanding of the difficulties that can be associated with sexual awakening, building the story to a dramatic climax that has the rare gift to surprise while, simultaneously, seeming completely natural.

It’s refreshing that he eschews the obvious conceit of making Giovanni the great love of Paul’s life, one against whom the rest will never compare. As the novel progresses, he forms intense relationships with three women and another man, each of whom he claims to love deeply but none of whom are able to hold on to him for very long.

As considered as each section is, the novel is flawed by its desire to present a character who lives entirely for love, whose every thought is built around sexual and emotional attachment, for as he moves from one partner to another with neither regret nor remorse, one starts to feel that he is not quite as evolved as he seems to believe. A long-standing obsession with a tennis player, Manfred, for example, turns into a relationship and, later, into Manfred advising Paul over email about his latest paramour. But wait, the reader can’t help but ask – weren’t you completely in love with Manfred? Didn’t you feel about him the way you now claim to feel about Chloe or Heidi or Maud or, indeed, Giovanni?

Aciman delves deep into the emotional life of Paul, who is a cypher of sorts, and one feels he’ll never understand true love simply because he cannot differentiate between the relative importance of each person who crosses his path. I suspect this wasn’t the author’s intention, but any disappointment one might feel in the inconsistent characterisation is more than offset by the beauty of the language for there are passages in Enigma Variations that are written with such tenderness that they frequently moved me to tears. And when one of Paul’s lovers lies next to him in bed, whispering “Look me in my eyes and don’t let go”, there’s a poignant echo of Elio and Oliver falling asleep together in the earlier novel, the latter urging the former to “Call me by your name and I’ll call you by mine.”

Interestingly, Paul’s bisexuality is never discussed, it’s simply a fact of who he is and no one judges or questions him about it. But perhaps, by working so hard to give his protagonist such earnestness, Aciman makes him seem rather shallow at times, as if it’s not the man or woman in front of him who he loves, but simply the concept itself.

However, this remains an absorbing novel by an elegant prose stylist. Had the opening section, First Love, been published as a standalone novella, it might have quickly acquired classic status and its excellence is not diminished by what follows. As each section is shorter than the one before, though, there’s a lack of balance to the book as a whole and, by the time, the finale is reached, one can’t help but feel that a potentially brilliant novel has been short-changed by a sluggish finale.