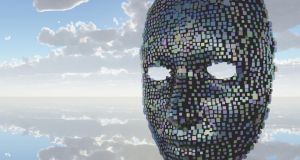 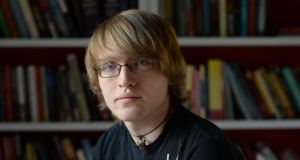 I have spent far too long sitting on the old, cracked red leather couches in therapists’ waiting rooms. After a time, one begins to notice they share a similar musk, as if they had all been bought from the same grimy antique shop.

The plastic benches that litter the hallways of hospitals have also garnered that same contempt. Far too often I have sat and waited to hear the same results, that their tests have shown nothing or that I’m a particularly difficult case. Difficult case, nutcase, madman, lunatic. They’re all the same thing really, at least in the professionals’ eyes. Perhaps that’s a tad cynical of me to say, but it’s what I believe. I’ve told my story to all the PhDs and college graduates in the world and so far not one of them have either believed me or had any decent advice to offer me. I’m completely and utterly alone in this endeavour, with not so much as my relocation to help me.

My name is Derek Randolf. I was born 38 years ago in the fine borough of Queens, New York City. I live alone, I’ve always lived alone, ever since I moved out of my parents’ house. Sure it was lonely, but I had friends and beer and the ball game every weekend. I was fine. I stress the past tense there. “Fine” ceased to be a part of my life on Saturday, the 18th of April.

It took me a while to get out of bed, Saturday being a day off for me. Drowsily, I shambled into the shower and washed myself, unaware of what was staring me right in the face. Or rather, the lack of what was staring back at me. I got out and dried off and went over to my cracked sink to shave. I splashed the steaming water on to my face and wiped away some of the condensation on the mirror so that I could see myself. I could see nothing in that small hole of clarity but the back of the room. I stuck my face in front of it, waved my hands in front of it, wiped down the rest of the mirror, but to no avail. My reflection had completely disappeared.

I began to panic. Surely this was a mistake. I rubbed my eyes several times, each time harder than the last, until my eyes were red and bloodshot, but still my reflection would not appear. I ran to the shower and looked in the glass of the shower door, but all that could be seen was the towel rack opposite. I grabbed the hand mirror: nothing. I lifted myself up and over the sink to see if I could catch a glimpse of myself in the stainless steel of the tap, but the familiar warped visage failed to appear. I pinched myself on the side to see if I was dreaming, but the pain answered no. Taking measures further, I slammed my head against the tiled wall to see if that would wake me up. Ironically, it had the opposite affect.

I roused from unconsciousness at half past 12. I staggered to my feet, checked myself in the mirror one last time, just in case. But no. With my head pounding and still feeling vaguely dizzy, I wandered to the phone beside my bed and called Garth, one of my best drinking buddies. I told him to get over here, and to bring a mirror. Understandably, Garth was immensely confused, but I hung up before he could ask any questions. My head slumped back on to the pillow and I fell asleep again until Garth arrived.

My conversation with Garth was brief. He shook me awake and demanded to ask what was going on. I didn’t answer, I just grabbed the mirror from his hand and held it up to my face.

“Garth . . . can you see me in the mirror?” I asked him. Apparently my voice sounded weak.

“Of course I can see you, Randy, what kind of question is that? Oh Jesus Christ, you’ve got vomit all over . . .”

I stopped listening at that point. Garth could see me; why couldn’t I see me? I stared into the blank mirror for what felt like hours. Garth called an ambulance, I was admitted to hospital, and doctors came in to see me. They said things to me, but their voices blended into the background, the sounds amalgamated into one long droning hum. My thoughts were lost in the mirror. I stroked the glass time and time again, as if I thought my touch would somehow bring my reflection back. The only words that fought their way into my ears during this time were: “Why is he staring at his reflection?”

When I finally answered the doctors, when I finally came back to my senses, I was told I had been unresponsive for three hours. “Three hours,” I said in a flat monotone. “Yes, Mr Randolf, three hours,” came the reply. The sudden realisation of what was going on hit me in waves. What had felt like days, weeks even, had only been a matter of hours. The shock, it must have been the shock. Yes, that’s what screwed with my sense of everything. I must’ve been sick, headache or something . . .

As the doctor turned to leave, I grabbed him by the end of his scrubs and pulled him back. I pulled him close against the mirror and asked him: “Do you see my reflection, doctor?”

“Of course, Mr Randolf. Why do you ask?”

Tears sprung into my eyes once he said that. “I don’t see it, doctor. I don’t see me.”

So now I sit on those old cracked leather couches and on those plastic benches, hoping against hope that some PhD will deliver me from this unknowing. According to the tests my brain is fine, there are no abnormalities at play. My eyesight is a perfect 20-20. It has come to the point now where I wish that I was sick or insane or dying, just to shed some light on everything. But, for now, I continue to sit and wait. After all, these couches are quite comfy.