The year’s best novels, collections, memoirs and translations range around the world 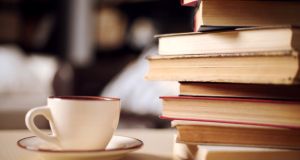 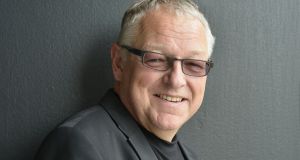 The Unseen by Roy Jacobsen, translated by Don Bartlett and Don Shaw
The apparently simple story of three generations of an early 20th-century fishing family living on a remote island at the mercy of the weather quickly acquires an epic quality. The Norwegian writer Roy Jacobsen, laconic and wise, here shapes a monumental, engaging work of great beauty centred on the theme of not only how a way of life changes, but how life itself is ever subject to flux and transition.

The Evenings by Gerard Reve, translated by Sam Garrett
Bored young Frits is clever and aimless, given to monitoring the baldness of others. He is a drifter living in Amsterdam with his increasingly deaf father and fussily cheerful mother as all around them attempt to recover from the second World War and the inertia of peace. Initially published in 1947 and now finally translated from the Dutch, Reve’s masterfully sardonic narrative spans the torpid days between Christmas and New Year’s Eve, and is as funny as it is ultimately profound.

1 Coronavirus: One more death in Republic as expert warns house parties are ‘disaster’ for containment
2 ‘Frustrated and angry’: Thousands march in Dublin to protest death of George Floyd
3 Populist politics in all but name is alive and well in Ireland
4 Should my mam wait for house prices to drop before buying?
5 Diver (35) suffers spinal injuries after hitting rocks in Co Cork
6 Róisín Ingle: Even Matt Damon has fecked off back home
7 Simple restorative exercises that can improve your posture after all the sitting
8 Alex Kane: Irish Sea ‘border’ looks set to stay
9 Schools may reopen in July for children with special needs
10 Normal People Class of 2020: The nine college friends in the series
11 George Floyd died of asphyxia, family-commissioned autopsy finds
12 What sold for €685k and less in Dalkey, Drumcondra, Sandymount and D16
13 Historian finds IRA commander Tom Barry tried to join British civil service
14 Netflix: 10 of the best new shows and films to watch in June
15 How I learned to love Seamus Heaney’s poetry
16 Rodgers shunned by some family members for leaving Celtic
17 Coronavirus: Spain reopens nearly all beaches on day no new deaths reported
18 Two prominent business leaders in planning row with neighbour
19 Cheers: Conor McGregor's whiskey races up the sales chart
20 Ireland enjoys the hottest day of the year so far
21 We need to pay very close attention to what is happening in Britain now
22 US protest violence is being blamed on extremists. Who are they?
23 Una Mullally: Let’s not rush to forget these lockdown days
24 Coronavirus: Nicaragua’s midnight burials tell of a hidden crisis
25 Greece suffers from anxiety as it prepares to welcome tourists
26 Cabinet to decide on Friday if travel curbs can be lifted early
27 Colin Kaepernick’s exile is too fresh for NFL to speak out on US protests
28 Gardaí disperse crowds gathered at coastal beauty spots
29 Six counties free of new cases of Covid-19 over past week
30 Cork residents protest over students partying near UCC
31 How lockdown has helped us to save money - and find new ways to spend it
32 FaceTiming Pamela Anderson: Nothing can prepare you for this
33 The first Irish superstar showband leader
34 EU’s undiplomatic diplomat seeks third way between US and China
35 ‘I’m so lucky to be in the Caribbean – a million miles from Derry Girls’
36 Trio serenade Higgins with impromptu concert outside Áras
37 Maureen Dowd: If Donald Trump no longer tweets, does he even exist?
38 We’ve got new lockdown rituals, but man, I miss the old ones
39 Q&A: What are the sticking points in Government formation talks?
40 Without the tourists, the Galway Market is a very different place to shop
Real news has value SUBSCRIBE