Don’t Skip Out On Me by Willy Vlautin review: hurts where it counts 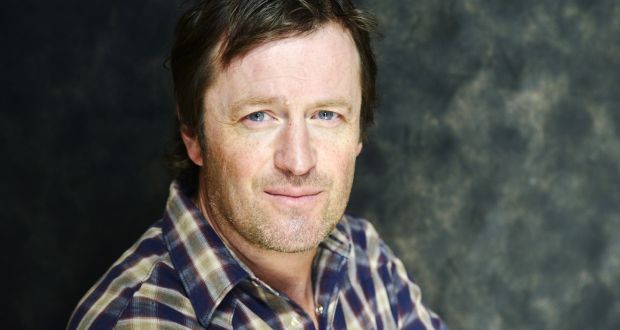 Willy Vlautin is like the literary version of a Neil Young or a Tom Petty, a throwback to a generation of novelists who still championed the underclass

Book Title:
Don’t Skip Out On Me

Books reflect their times. As the rank and file lose trust in institutions – governmental, religious, financial and medical – so too the latest generation of writers seem to have abandoned their faith in story, favouring the experimental, the fragmented and the postmodern. Plot and character are subverted by form and style. Narrative is chopped up, disrupted and interrupted. Only a few seem interested in forging a truce between humanist values and the metafictional cleverality espoused by the avant-garde – Mike McCormack’s Solar Bones suggests itself as a rare example of a middle way forward.

In this climate, a writer like Willy Vlautin seems like one of the last souls left standing on trad-narrative’s working-class battlements. He’s the literary version of a Neil Young or a Tom Petty, bearing a ragged standard for empathy, compassion and decency, defending notions of the story as a sorting office for the soul. In other words, he’s a throwback to a generation of novelists who still championed the underclass and promoted socialist values in fiction: everyone from John Steinbeck to Nelson Algren, or, more latterly, William Kennedy or Annie Proulx.

Don’t Skip Out On Me (also a song by Vlautin’s former band Richmond Fontaine) is his fifth novel, the tale of a young boxer, Horace Hopper, who is stricken with shame and self-loathing over his mixed blood lineage and troubled upbringing. Part Paiute Indian, part Irish, he’s a heavy metal-loving loner who seeks to redeem himself through the most gruelling of American dreams – he wants to be a contender. But to do this he must forsake the comfort and security of a ranch job, the freedom of the open air, and the love and care of his de facto parents, Mr and Mrs Reece, classic good country folk. It’s the oldest story in the west, and you just know it won’t end well – Vlautin almost always chooses downbeat reality over comfortable resolution, because sometimes that’s the way life is.

As a writer, his style is straightforward and unadorned – echoing Hemingway’s line about the simple, declarative sentence – but his concerns are profound. At times he reads like Stephen King without the supernatural, the way his eye fixes on the small details of people’s lives: sack lunches and microwave dinners and cheap beers.

“He carried his backpack and sleeping bag to the open ridge, cleared a space of rocks and lay out a small tarp on the dirt. He put his sleeping bag on top of it, took off his boots and sat down. From his backpack he took out his dinner, his CD player and his binoculars. He ate the last of the bologna and cheese, played Pantera’s The Great Southern Trendkill, grabbed the binoculars and looked out.”

Plain, but clean and effective. There are echoes here of the rope-a-dope method perfected by Denis Johnson in Angels and Jesus’ Son, in which a deceptively scuffed style masks deeper themes of damnation and redemption. Vlautin’s stories can seem the stuff of Saturday matinee tragedies – tales of serial losers and hard luck cases, failing pugs and over-the-hill racehorses, drunks and meth-heads, folk who sleep in their cars, nurses trying to pay off medical bills – but they hurt the reader where it counts.

So while Vlautin sometimes wears the clothes of the great literary bar-room raconteurs, he doesn’t do Bukowski bravado. In the shaping of his stories, his adherence to the hard and sometimes unpalatable facts of faulty human wiring, he’s merciless. He never lets his characters, or his readers, off the hook. There are always consequences, and those consequences are never pretty.

Don’t Skip Out On Me is a story that’s been told many times, from Of Mice and Men to Midnight Cowboy: that of the country rube ruined by the big city, of the innocent corrupted by experience. The American Dream, even when it becomes reality, ends in isolation. Horace, like so many of Vlautin’s protagonists, is locked in a civil war between his higher nature and his self-destructive impulses. A classic self-sabotager, he trains like a warrior then lapses and gorges on sugary sodas and junk food. In the end, his driving force – his ambition – is also his fatal flaw, and his final predicament echoes Bruce Springsteen’s haunting line: “Is a dream a lie if it don’t come true/Or is it something worse?”