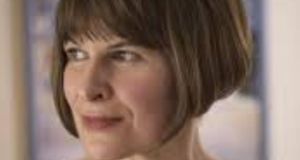 Elizabeth Lowry gives her character historical prejudices which other authors might be keen to skim so we can identify with them.

Academic and critic Elizabeth Lowry’s 2008 debut novel The Bellini Madonna was a high-brow thriller, its flawed protagonist blessed with intelligence but little self-knowledge. Ten years later, the flawed protagonist of her second is concerned with the root of all human self-knowledge. Writing his memoirs in the 1850s, the eminent Massachusetts “alienist” – a precursor of the contemporary psychiatrist – Dr Hiram Carver admits that “[At] times my work on human memory – my life’s work, no less – strikes me as the most unreliable I could ever have undertaken”.

Beginning with his maiden voyage as a naval surgeon 20 years before, Carver recounts meeting William Borden, a fisherman’s son who had risen to be an officer with a respect close to hero worship from even his captain. Carver has similar feelings, mingled with desire.

The stories surrounding the so-called “Hero of the Providence”, and the horrors he has endured, have become legendary. As a boy he famously navigated the Pacific in a dinghy, saving his captain from mutiny and withstanding two months’ starvation. Then, for reasons that will take Dr Carver a career to fully understand, Borden attacked superior officers and went into a near-catatonic state.

Ashore after the voyage, and employed by an asylum for the well-off, Carver is tasked with figuring out the reasons for Borden’s “madness”, his refusal to eat, and how to “cure” him at the behest of Borden’s Quaker fiance Ruth Macy. Carver falls under her spell, too.

The story is engrossing, and Carver is in the useful position – for the protagonist of a historical novel – of seeking to pioneer processes we now take for granted, bringing him closer to our moment. He calls himself a “soul-surgeon”, believing in asking “the right questions” and his patients being “made to remember” the root of their trauma.

Carver himself also has aversions that we would recognise now as having some sort of psychological caché. The question is, does our modern understanding of pathology – fostered by popular books and TV crime series – ease us in, or give us an edge on Lowry’s characters that spoils the surprise? The answer is Lowry factors this irony in – this knowledge gap – to pleasingly wrongfoot the reader.

Carver coming to his conclusions, though, can involve a lot of pondering how little separates the “sane” from the “insane”. He “wondered if we didn’t recognise, deep down, that there was little to choose between us; that if they [. . .] were once like us, then we could easily – oh, in a heartbeat! – turn into them”; “We say that men and women who have lost touch with reality have gone mad. But is a life without illusions bearable at all? Is not that what true madness is?”

This is dark water for the historical novelist: Lowry is seemingly absolved from triteness here because such thoughts are radical in the book’s timeline. But the effect, for this modern reader at least, can’t help but seem heavy-handed. To Lowry’s credit, though, she is careful to give Carver a dose of historical prejudices which other authors might be keen to skim from their protagonists so we can identify with them. While at first seeming to be a vehicle for modern views, Carver talks obliviously of the “rattling gunshot of female demands”; he calls Polynesian-American cabin boy Johnny Canacka “this disconcertingly self-possessed primitive”, “the tattooed Quaker savage” and “this barbarous being”. Indeed, as the narrative progresses, it becomes clear that the idealistic Carver has an intrinsically nasty side beyond being a product of his time.

Dark Water is similar to recent novels that borrow from antique genres without excessive pastiche: in Lowry’s case the Gothic novel, the autobiography of the eminent figure, and the picaresque tale in which one character tells whole chapters of his story to another. A prime example of this model might be Francis Spufford’s excellent Golden Hill(2016), which uses the ticks of the 18th-century novel against the time it describes. Dark Water isn’t quite so sophisticated.

Whether because Lowry is alluding to the old-fashioned clunkiness of Gothic novels, or simply signposting the action, too much is spelled out where it needn’t be. Sections after ellipses begin: “It was mid-afternoon before I returned to the trial transcript.” Carver tells us what he feels even as the text demonstrates it sufficiently. “I was lost now, spinning out to sea,” he says when he demonstrably doesn’t understand someone; “It was astonishing that she’d so precisely intuited my hopes and fears in the brief time we’d spent together,” he says when we can already see a character has him figured out. “How I wish, now, that she had not!”, runs a one-sentence paragraph at the end of a passage, in which a character has revealed something to him. Lowry’s very exciting book is at its best when steering clear of these penny dreadfuls.