The author of ‘Mephisto’ led a hedonistic life with great initial success but it ended early, writes Colm Tóibín 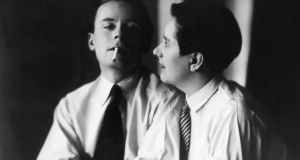 Klaus Mann, the second of the six children of novelist Thomas Mann, was born in Munich in 1906. Thomas Mann came from a long line of Hanseatic merchants; Klaus’s mother was from a rich and cultured Jewish family in Munich who had become Protestant a generation earlier.

All of the Mann children had difficulty with their famous father, who was distant, severe and hard working. They seemed to radiate around him all of their lives, seeking his approval or waiting to see what further slights and insults he could offer them, which they could then note in their diaries or tell subsequent interviewers. Only on his father’s death, at the age of 80, in 1955, did Golo, the third child, feel that he himself could begin to write. By this time, Klaus was six years dead from an overdose of drugs.

For many German readers now, strangely enough, it is Klaus rather than his father or his uncle Heinrich (who wrote the novel which became the movie The Blue Angel) who has become a sort of hero. Klaus was openly homosexual from the start, whereas his father, who was gay too, remained in the closet. Klaus opposed Hitler from early on, whereas his father waited until 1936 to denounce Hitler fully, and only did so then at the insistence of his wife and his eldest daughter.

Klaus saw himself as a European rather than a German, and followed his uncle Heinrich in becoming a Francophile, while his father remained staunchly German.

Klaus’s life, too, seems more dramatic and interesting and tragic than that of his father, who simply devoted himself to the dull old business of writing novels and stories and essays.

Klaus Mann’s career also emphasises how little Germany after the war wanted to hear from those who had spent the Hitler years in exile. Klaus’s best novel, Mephisto, published in Amsterdam in 1936, concerned the actor Gustaf Grundgens, to whom Erika Mann, Klaus’s sister, had been briefly married, and with whom Klaus had performed on the stage at the peak of Klaus’s fame as a very young writer in Germany in 1925. Under Hitler, Grundgens became director of the Berlin State Theatre.

After the war, Grundgens was quickly reinstated. In 1946, Klaus was back in Germany to witness the actor being feted and applauded. In what Frederic Spotts, in this biography of Klaus, calls “the most disgraceful literary-legal scandal in postwar Germany”, Mephisto was published only after much difficulty.

In 1956, the novel was published in East Germany, but even after Grundgens’s death in 1963, it could not be published in West Germany.

As late as 1971 the German supreme court upheld the ban, declaring: “The general public is not interested in being given a false picture of the theatre world after 1933 from the point of view of an émigré.”

Mephisto did not come out in West Germany until 1981, and even then the ban remained in place – the publisher simply decided to defy the ban. The book became a bestseller. Many of Klaus Mann’s other books and works for the theatre and essays were by then also in print.

The problem is that Mephisto, despite its passion and its documentary value, does not match the narrative sweep or seriousness of Doctor Faustus, the magisterial novel that Thomas Mann produced in the last years of the war. Nor do any of Klaus Mann’s other works compare to his father’s.

This idea that he did not have his father’s talent produced a strange melancholy and a sort of restlessness in Klaus Mann. At an early age he wrote with ease and facility.

He enjoying travelling; he made friends; he had many lovers. He became almost as famous as his father. Already unsettled, and uneasy in the world, he was further unsettled by exile. Like many of the German émigrés in the United States, he did not, despite his best efforts, take to the new country.

After some difficulty, much of it caused by the FBI, Klaus joined the army when America joined the war. His training, in all its boredom and hardship, is charted with skill and sympathy by Spotts in this book. Eventually, Klaus wrote for an army magazine.

The work Klaus did after the war, as he interviewed ex-Nazis and fellow travellers and reported from a defeated Germany, remains of great interest. His interviews with Richard Strauss and Winifred Wagner, for example, make for fascinating reading. When he asked Strauss if he had considered exile, Strauss did not seem to understand, asking Klaus why a composer would leave a country with 80 opera houses.

Winifred Wagner, too, was unrepentant. She had liked Hitler, she said, “because he was always the most chivalrous man I’ve ever met. He had that typically Austrian charm, you know, and he had a perfectly delightful sense of humour.”

It was hard for Klaus to know what to do after the war. No one in Germany wanted him, and that shocked him and made him angry. In his 20s, he had lost his natural audience. He presumed when the war was over he would get it back. But when the war ended, Germans saw him as an outsider, as they did his father and the rest of his family. The Manns had become anti-Nazi too early. West Germans did not want to hear from them.

America too became less than hospitable. Klaus and his sister were branded as Communists. Eventually, Thomas Mann himself was suspected of being a fellow traveller.

Klaus’s facility as a writer was failing him. He had no money and was addicted to a number of drugs. He moved between his parents’ house in California and various European destinations. Throughout his life, he had been fascinated by death, but Spotts makes an almost convincing case in his book that Klaus’s death in Cannes in 1949 was probably a mistake.

When he heard the news of his son’s death, Thomas was in Stockholm with his wife and his daughter. He decided not to break his lecture tour to attend the funeral. The only member of the family there was Michael, the third son, a musician, who played a largo on his viola in the cemetery.

In Germany now, there is much interest in the Mann family, including its minor members. They are a sort of royal family. Before this book, we had In the Shadow of the Magic Mountain: The Erika and Klaus Mann Story by Andrea Weiss, and much of the material here was also included in that book.

Of the recent books on the family, the most original is Evelyn Juers’s House of Exile, which deals with the exile of Heinrich Mann and his second wife and, in passing, tells the story of a generation of Germans who tried to make a home in America. Instead most of them lived in exile, often penniless, on the edge of despair, destroyed by the knowledge that the very culture they, in all innocence, had helped to create had meant nothing against the unspeakable cruelty and violence which seemed to have won the support of the majority of their compatriots.

Colm Tóibín’s most recent book is On Elizabeth Bishop