Crimewriters get under the skin and inside the mind 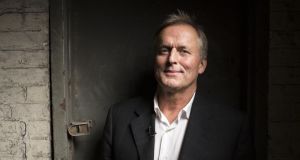 John Grisham, a former lawyer and politician, is heavily involved in the Innocence Project in the US, so Gray Mountain has the feel of a very personal project

The coalmining communities of the Appalachians provide the setting for John Grisham’s Gray Mountain (Hodder & Stoughton, €19.99), a legal thriller that opens 10 days after Lehman Brothers folds. The financial meltdown that follows has a knock-on effect in the legal world, as Samantha Kofer, a third-year associate with New York’s largest law firm, finds herself one of many lawyers who have been downsized out of their comfortable lifestyles.

Scrabbling for any kind of work that might keep her ticking over until the world sets itself to rights again, Samantha takes a position with the Mountain Legal Aid Clinic in the small town of Brady, Virginia. Anticipating something of a cosy but boring “furlough”, Samantha is shocked to discover a world of poverty, brutality and corruption, and an entirely legal scandal that goes to the very heart of US politics.

Grisham, a former lawyer and politician, is heavily involved in the Innocence Project in the US, so Gray Mountain has the feel of a very personal project. The story lacerates “Big Law” while celebrating the non-profit legal aid organisations that make the most of their limited resources by fighting on behalf of the sick and dying miners who are victims of the politically connected coal companies. Grisham also details the environmental disaster of strip-mining in the Appalachians.

The daughter of two very different kinds of lawyer, Samantha is already deliciously cynical about the legal process when we first meet her, but Grisham deftly blends her professional awakening to the ugly truths of the American legal system into her complex personal development.

As befits a story that revolves around an unusual art heist, however, the plot – or many sub-plots, to be precise – isn’t really the most important aspect here. Fyfield is more concerned with mood, tone and texture, and the story is less a straightforward narrative than it is a collection of pen portraits. Fyfield offers readers intriguing psychological profiles of a host of fascinating characters, from plucky young boys to grizzled ex-policemen and avaricious capitalists.

There’s an ethereal quality to the prose that seems to flit back and forth between dream and nightmare, reflecting the sharp contrast between the settings of the wild coastline of Diana’s home and the bustle of the London she is forced to visit in pursuit of justice.

At the heart of the story lies Diana’s quest for a sense of identity, of belonging: the widow still in mourning for her beloved husband rather poignantly collects a particular kind of painting, the unsigned and unattributed art that would otherwise languish unloved in someone’s cellar or attic.

Identity is also key to Kati Hiekkapelto’s The Hummingbird (Arcadia Books, €13.40), the Finnish author’s promising debut novel. Born in Serbia of Hungarian ethnicity, Anna Fekete’s experience as an outsider growing up in Finland gives her an unusual insight into the immigrant mindset when she becomes a detective in the Finnish police service.

Her first day on the job is something of a baptism of fire: a jogger is shot to death on the outskirts of the city, while Anna and her colleagues also receive a desperate call from a young Kurdish woman who believes she is about to be murdered by her family in an “honour killing”. The twin investigations provide The Hummingbird with its narrative spine, but much of the story, which is translated by David Hackston, is engaged in exploring what it means to be from Finland, a place where “people were expected to unflaggingly present a play directed by market forces, a performance called Western civilisation”.

The plot isn’t entirely convincing as it arrives at its conclusion, but for the most part Hiekkapelto provides an unsentimental account of Finnish society and its cultural traditions, in particular the Finnish obsession with hunting and guns, which means that, in theory, virtually anyone could be the killer on the rampage.

Translated by Alexander O Smith and delivered in a crisp, clinical style (the story proceeds by way of written accounts delivered by the main players), Malice offers an unusual take on the traditional police procedural, while also functioning as a critique of the crime novel, as the business of writing becomes the art of murder.

In this it parallels Higashino’s English-language debut, The Devotion of Suspect X (2011), although Malice is more playful and inventive (and blackly humorous) when it comes to reworking the genre’s staples and conventions.

As much a psychological thriller as it is a police procedural, Malice is rooted in a search for identity, albeit one in which Higashino invests the conceit of the ambiguous narrator with a notable complexity.

The result is that the novel represents another bold statement of intent, and while Higashino isn’t exactly reinventing the crime novel, Malice is a superb example of how flexible the genre’s parameters can be. Declan Burke is a journalist and author. His latest novel, The Lost and the Blind, will be published by Severn House later this month