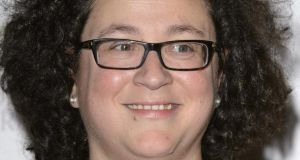 Sophie Hannah’s The Narrow Bed (Hodder & Stoughton, €22.50) is the 10th in her Culver Valley series of police procedurals featuring the idiosyncratic DS Simon Waterhouse. A serial killer dubbed “Billy Dead Mates” is murdering pairs of friends. Waterhouse and his team are stumped as to why, even though the murderer is helpfully leaving behind clues in the form of poetry quotes.

The narrative is broken up with blog posts written by a feminist who identifies “toxic masculinity” as the killer’s motive, given that all but one of the victims are women. The author further muddies the waters with entries from a forthcoming book by a comedian who propels herself to the heart of the investigation after receiving the same little white book sent to all the victims.

It’s a typically twisty psychological thriller from Hannah, one that revels in its literary references. (An award-winning poet herself, Hannah invokes Emily Dickinson, Edna St Vincent Millay, Toni Morrison and Thomas Hardy.) Arguably its most intriguing aspect is Hannah’s compassionate approach to the damaged mind behind the murders, a killer who is “almost a regular, flawed human being like the rest of us, albeit one who took a senseless obsession too far.”

Ava McCarthy is best known for her Harry Martinez computer hacker novels, but Dead Secret (Harper, €8.99) is a standalone thriller that hits the ground running: its narrator, Jodie Garrett, tells us that she’s packing a gun with nine rounds but will only need two: one for her husband and one for her. The reason? Her husband Ethan, who was always a bully, murdered their daughter Amy when Jodie finally announced she was leaving him.

The pace is relentless as Jodie joins forces with journalist Matt Novak, who is investigating Ethan’s dodgy real estate dealings. The pair travel from Boston to Belize and on to Oregon in a breathless, contemporary take on an ancient Greek myth, with Jodie an implacable Fury relentlessly hounding Ethan in pursuit of vengeance and the ultimate in justice on behalf of her daughter.

The pounding pace and rapid-fire revelations means that the story can teeter on the brink of parody at times, but the overall result is a compulsively readable domestic noir.

The Other Mrs Walker (Mantle, €20.55), an impressive debut from Mary Paulson-Ellis, opens in 2011, when Margaret Penny is appointed to a clerical post in Edinburgh’s Office for Lost People. Margaret is tasked with being “a sort of finder of families for dead people”.

Soon she is trying to track down the relatives of the recently deceased Mrs Walker, although it’s at this point that The Other Mrs Walker first undermines our expectations of the conventional crime novel: the autopsy declares that the aged Mrs Walker died of natural causes, and no one, including Margaret, believes there was any foul play. Instead, the story flashes back to the 1930s, and introduces us to eight-year-old Clementine, her mother Dorothea and father Alfred, and her newly arrived siblings Alfie and Dottie.

Flinted with shards of black humour, The Other Mrs Walker is refreshingly inventive crime fiction as Margaret gradually uncovers the truth “of children born and died. Of madwomen dragged out into the street. Of a mother who had tried in her own way to keep her daughter safe.”

The Sympathizer (Corsair, €28.50), Viet Thanh Nguyen’s debut novel and last year’s winner of the Carnegie Medal for Excellence in Fiction, opens with the unnamed narrator informing us that “I am a spy, a sleeper, a spook.” This is not a typical spy novel; Saigon falls as our narrator – an intelligence officer with the South Vietnamese army – escapes to America.

We learn that he is a double agent working for the Viet Cong, with a perspective that allows this nameless man to give voice to the voiceless millions of Vietnamese who have been silenced and moulded by American cultural imperialism ever since the end of the Vietnam War (the section of the novel in which the narrator works as a consultant on a movie loosely modelled on Apocalypse Now is as funny as it is fatalistic).

The setting and scenario brings Graham Greene to mind, although the latter stages evolve into a nightmarish scenario that is both Orwellian and Kafkaesque. Written in a spare, precise style, The Sympathizer is an absorbing and ambitious novel that pits the wits of our unnamed Machiavelli against “the most dangerous creature in the history of the world, the white man in a suit”.

The Good Liar, by Nicholas Searle (Viking, €19.50), opens with octogenarian conman Roy wangling his way into Betty’s heart and, all going to plan, her finances. As Roy weaves his elaborate sting around Betty, however, Searle hop-scotches his way back through Roy’s life, fleshing out both the extent to which Roy is a predator and a sociopath and the reasons he became the way he is.

It’s a compelling history, as Roy ducks and dives through seedy Soho, hobnobs with the aristocracy and hunts Nazis in the ruins of postwar Berlin. Equally compelling is the aspect of the story told from Betty’s perspective, and the reader’s growing suspicion that Betty is by no means the gullible mark Roy believes her to be.

A gripping psychological portrait that brings to mind John le Carré and Patricia Highsmith, The Good Liar is an early contender for one of the most impressive debuts of the year.

Declan Burke is an author and journalist. His current novel is The Lost and the Blind (Severn House)