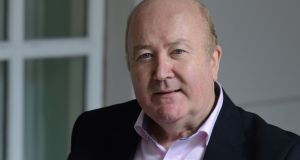 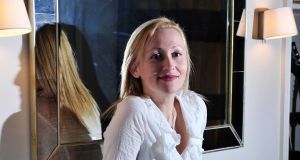 Sarah Pinborough’s new offfering, Behind Her Eyes, is a disappointment. Photograph: Will Ireland/SFX Magazine via Getty Images

Emma Flint’s Little Deaths (Picador, £12.99) convinces as a meticulously detailed period piece, a searching exploration of sexual hypocrisy and a twisty and enthralling murder mystery. It’s summer 1965 in heat-steamed Queens, New York, when separated mother Ruth Malone’s two young children go missing from the bedroom into which she locks them every night. Soon their bodies are discovered, but the police already suspect Ruth: the full-face make-up, the party-girl outfits, the liquor bottles in the trash, the letters and cards from a black book full of men point in one direction only. Her neighbours quickly turn against her because, Meursault-like, she fails to grieve for her children in a manner they consider proportionate; instead, she resumes her nightly round of bar-hopping. Only Pete Wonicke, Herald reporter on his first major assignment, sees that the story is more complicated than it appears, and by the time she is sent to trial, he has become her self-appointed champion.

Flint writes superbly throughout, whether she is putting a spin on the moment – “All at once Pete felt the story swell to fill the fears of the women around him” – or branding an image on the retina – “The grave was still raw – a small hole lined with something bright and green, as though it were going to be a display of oranges in a grocery store.”

With something of the hallucinatory force of Eoin McNamee’s Blue Trilogy and the dark fire of Megan Abbott’s early noirs, Little Deaths is an unsettling portrait of a glamorous, reckless woman unsuited to and unsatisfied by the domestic role that is her lot, and of a society that only knows how to exploit and judge her. It’s an absorbing, seductive read; I absolutely loved it.

A complete collapse of faith in the system, a belief that the worst people will always triumph, a war waged by the old against the young: what better time for hardboiled noir to make a welcome comeback? Joseph Knox’s glittering debut, Sirens (Doubleday, £12.99), features a disgraced detective with a traumatic back-story, a serious drink and drug problem, a tender eye for a pretty, vulnerable girl and a habit of getting knocked unconscious: Aidan Waits is my kind of detective. Tasked with keeping watch on the wayward daughter of a politician, Knox has set him against a sulphurous Manchester-by-night seething with double-crossing drug dealers, corrupt policemen and, front and centre, the Sirens of the title: “For the rest of the night my eyes drifted to the people on the street, the girls, the women, and I felt like I was seeing the lives they wouldn’t live.” Romantic, delirious, fiendishly complex but with a lode of deep emotion, this is a hugely accomplished, beautifully written first novel.

“The London newspapers are much like our own,” sighs Det Insp Joe Swallow in Conor Brady’s A Hunt in Winter (New Island, €14.95). “When they have no information, they make it up.” Brady is the distinguished former editor of this newspaper and a historian of An Garda Síochána, and this equal-opportunities barb is typical of the wry wit and quiet authority on display in the third in his immensely enjoyable 1880s-set series. We have reached winter 1888, and while Jack the Ripper is terrorising the streets of London, young women are being brutally assaulted and murdered in Dublin too. Meanwhile, G-Division are under pressure to assist Dublin Castle’s secret service unit in digging up evidence of Charles Stewart Parnell’s affair with Kitty O’Shea in order to destroy his reputation, pressure Swallow is determined to resist. Brady blends fact and fiction adroitly, Victorian Dublin is vividly rendered in all its hoppy, coal-fired chill and the action proceeds in a stately, satisfying manner, fuelled by copious draughts of Power’s and Bushmill’s whiskey (a drink-along would surely prove fatal). The solutions to the murders are especially ingenious. Poor Parnell only has a couple of years left in him, but I hope we see a great deal more of the engaging DI Swallow.

Jane Harper’s The Dry (Little, Brown, £12.99) begins with an apparent murder-suicide in the drought-stricken Outback town of Kiewarra. Luke Hadler shot his wife and son and then killed himself; at the crime scene, contented blowflies hover above glassy eyes and wet wounds. Among the mourners at the funeral is Aaron Falk, childhood best friend of Hadler’s, now a police officer in Melbourne. His presence demanded by means of a tersely worded note – “Luke lied. You lied. Be at the funeral” – Falk is reluctantly drawn into an investigation, as it emerges that Luke may not have been guilty of the murders. But Hadler and Falk shared a secret about Ellie Deacon, a teenage friend who drowned years before. Many in the town still believe Falk was responsible for her death, and are unwilling to help him clear the name of his putative accomplice.

The Dry has the structure and momentum of a classic western, a searingly authentic sense of place and an elegiac feel for youth’s passing. I wasn’t entirely sure about the technical integrity of the final revelations, but this is a first-rate piece of work.

Sarah Pinborough’s Behind Her Eyes (Harper Collins, £12.99) reads initially like a straightforward psychological love triangle, alternating between Adele, David’s unhappy wife, and Louise, his recent mistress and Adele’s new friend, and back to the time Adele was hospitalised after her parents died in a fire. Adele is clearly disturbed, but is David, her rescuer and protector, the truly sinister one? I liked Sarah Pinbrough’s last book, 13 Minutes, very much, but Behind Her Eyes is a disappointment: there’s a by-the-numbers quality to the characters, especially fretful Louise, with her white wine and her diet plan and her giving up smoking; the prose is efficient but lacks a single memorable phrase. The fact that Neil Gaiman and Joe Hill have supplied quotes might hint at the nature of the genre crossover (insufficiently flagged) that eventually ensues. No, I didn’t see the much-bruited twist coming. Yes, it is absolutely audacious. Alas, by then, I no longer believed a word.

Declan Hughes is a novelist and playwright. He is currently Arts Council writer-in-residence at UCD