Brought to Book: Sinan Antoon on his literary life 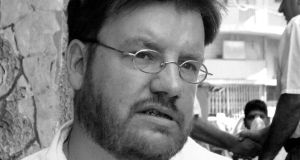 Sinan Antoon is author of The Corpse Washer (Yale University Press), translated from Arabic by the author and recently longlisted for the Independent Foreign Fiction Prize 2014


What was the first book to make an impression on you?
A Tale of Two Cities. It was one of the first books I read (in an Arabic translation) when I was still 10.


What was your favourite book as a child?
The Three Musketeers.


And what is your favourite book or books now?
Italo Calvino’s Invisible Cities, David Malouf’s An Imaginary Life, and Mahmoud Darwish’s In the Presence of Absence. The Mu`allaqat (Ancient Arabian Odes) .


What is your favourite quotation?
“The inferno of the living is not something that will be; if there is one, it is what is already here, the inferno where we live every day, that we form by being together.” Calvino


Who is your favourite fictional character?
Scheherazade and Hamlet.


Which do you prefer – ebooks or the traditional print version?
I love paper. The smell of paper and the way it feels are essential for the rituals of reading.


Where and how do you write?
I write in quiet cafes. I have to listen to classical music and instrumental oud music mostly. I alternate between paper notebooks and my laptop.


What book changed the way you think about fiction?
Italo Calvino’s Invisible Cities.


What is the most research you have done for a book?
For my second novel, The Corpse Washer, I had to do extensive and thorough research on the intricate details of corpse washing in the Islamic tradition.


What book would you give to a friend’s child on their 18th birthday?
Nowadays, George Orwell’s 1984.


What advice would you give to an aspiring author?
Go off the beaten path.


What weight do you give reviews?
It depends on the day and my mood! I try not to give them too much either way, but I’d be lying if I said I always succeed.


What has being a writer taught you?
It reaffirmed my belief in the power of words. Literature touches the lives of fellow humans in a very visceral way. It also taught me to be patient and disciplined.


Which writers, living or dead, would you invite to your dream dinner party?
Abu Nuwas, Jorge Luis Borges and Toni Morrison, for starters.


What is your favourite word?
Poetry


If you were to write a historical novel, which event or figure would be your subject?
Fahd (Yusuf Salman Yusuf) (1901-1949), who organised the base of the Iraqi Communist Party and was imprisoned and executed by the pro-British monarchy in Iraq. I will write it in the near future!