Breasts and Eggs: Intense, surprising tale of one woman’s angst 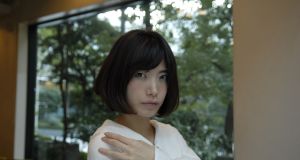 What do you get if you cross a minimalist style with a maximalist length? That isn’t a joke, by the way; I really don’t know the answer, except to say that Breasts and Eggs, Mieko Kawakami’s first full novel to be translated into English, comes pretty close.

We have had Kawakami only in small amounts before now, mostly short fiction published in magazines and journals. Her only previous book in English was the novella Ms Ice Sandwich, a charming story about a boy in love with a woman in a sandwich shop, and reviewed in this paper in April.

Now we jump out of the pond and into the lake, from a delicate and spare tale to a 400-page epic. Yet this book also started out small: it was published as a novella in 2007 and won Japan’s most prestigious literary prize for new writers. That novella is now about a third of the expanded edition and has been joined by another story twice as long. Although they share a narrator and some themes, they feel like two different books rather than two parts of the same story.

The first book is stronger, tighter and stranger. Natsu is a 30-year-old woman whose mother died and father disappeared when she was young, so she grew up with her older sister Makiko. The bond thereby forged persists, and now Natsu is trying to help Makiko manage her teenage daughter Midoriko, who has stopped speaking and communicates only through notes.

But we get to read Midoriko’s diary entries, and learn that her silence is a manifestation of her horror at what she has learned about growing up as a woman: “Set up to give birth, even before I was born. I wish I could rip out all those parts of me, the parts already rushing to give birth.”

There’s internal tension, a sense of a race against time and sharp emotional stakes, yet the story remains oddly uninvolving

If the eggs of the title are Midoriko’s concern, breasts are what obsess her mother Makiko. She wants to have implants inserted and reveals to Natsu that she has previously undergone painful bleaching processes to her skin and nipples. The story is thus driven by Natsu’s concern for her sister and niece, and the tension over whose behaviour will reach crisis point first.

It’s intense and surprising, and falls outside some of the recent trends seen in Japanese fiction published in English, where tales of quiet restraint, kawaii (cuteness) and the uncanny are more often seen.

The second book takes us eight years on in Natsu’s life, and Makiko and Midoriko have only backseat roles. We learn lots of new information on Natsu – she’s a writer, she was previously married but is now single – but what is familiar is her angst on how best to live her life, which we spotted on her bookshelves in the first part: Dostoevsky, Camus, Hesse, Golding. (Always pay attention when a character in a novel starts listing books: they’re always trying to tell you something.)

Specifically, Natsu’s concern is that she thinks she would like to be a mother and senses that time may be short; and also she doesn’t like sex. Ultimately she settles on the idea of using donor sperm to become pregnant and much of the book is occupied with her ambivalence toward this self and society-imposed quest.

So there is internal tension, a sense of a race against time and sharp emotional stakes, yet the story remains oddly uninvolving, perhaps because it’s delivered in such a flat tone, with nondescript details (“Rika’s apartment wasn’t cramped, but it wasn’t exactly spacious either. Like I said, your typical apartment”) and cliches (“sweat dripped from my every pore”).

This lack of affect may be intended to represent Natsu’s remoteness from her own decision-making on whether or not it’s wise and kind to bring human life into the world. Much of this story involves her speaking to other people and listening to their views, which although interesting (such as the utterly nihilistic view of human life expounded by one interlocutor, Yuriko, who was born through artificial insemination), give the narrative a second-hand feel, like reportage or notes toward a novel rather than lived experience.

It’s this clash between lack of oomph and leisurely length that makes the second story in Breasts and Eggs less engaging than the first. Which is not to say that it’s never entertaining: there’s a brilliant comic scene where Natsu meets a potential sperm donor, Onda, who brags bumptiously about the quality of his, er, product: “Even as a kid, I could tell from the volume, the thickness, the colour. This was something special.”