Bookworm: A Memoir of Childhood Reading by Lucy Mangan review – getting your childhood back

Mangan never romanticises childhood, but the book is infused with a specific sort of nostalgia 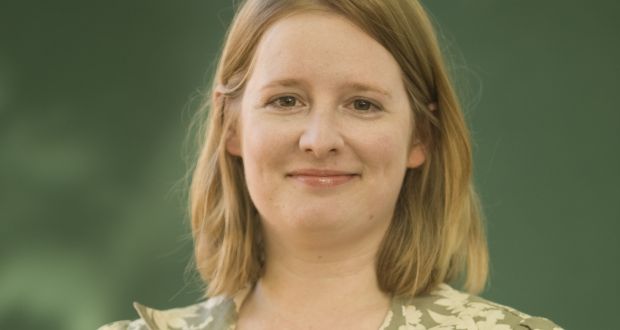 In the opening pages of Five Children and It, one of the most influential children’s novels ever written, author E Nesbit tells her readers that if she wrote about all the ordinary things her characters had got up to that summer, “your aunts would perhaps write in the margin of the story with a pencil, ‘How true!’ or ‘How like life!’ and you would see it and be annoyed.”

I felt rather like a Nesbit aunt myself as I read Lucy Mangan’s Bookworm: A Memoir of Childhood Reading (not to be confused with Patricia Craig’s identically titled book which was published by Somerville Press in 2015). In it, the Guardian journalist recounts her literary life, from her early encounters with The Very Hungry Caterpillar, through her first visits to Narnia and Kirrin Island and on to the Children’s Academy of Dancing and Stage Training before she heads to Kingscote School and eventually Sweet Valley, California. Along the way, she gives readers a witty and thorough history of writing for children from the 17th century to the present day.

Fiercely unsentimental and often very funny, it’s a memoir that will strike a ringing chord with anyone who spent most of their childhood glued to a book. Like Mangan, I was born in the middle of the 1970s, so perhaps it’s not surprising that our lists of childhood favourites are almost identical, but it’s striking how many of those books, from Curtain Up to The Lion, the Witch and the Wardrobe, were published several decades before we were born.

It’s also a reminder that, in a pre-internet age when children’s books received very little mainstream media coverage, book-loving children from south London to north Dublin created their own canon. Mangan is only the third person I’ve encountered outside my own family who loves Gwen Grant’s hilarious novels about an unnamed girl in a 1940s mining town, and her loving homage perfectly captures their “determination, fatalism and misanthropy”.

Crucially, before she read Grant’s books, Mangan, whose parents both came from the north of England, had never read a book about a family that resembled her own. “Imagine . . . if I’d been something ‘other’ in some more significant way than merely ‘ethnically northern in a southern world’. How much more would I have longed for and needed to see myself in my books if I’d been disabled, gay, black, non-Christian or something else outside the mainstream message?”

It’s this ability to capture the powerful effect of certain books on a young reader’s psyche that makes Bookworm so effective, whether Mangan is writing about the terror of reading dystopian fiction during the last years of the Cold War, or making a qualified case for Enid Blyton as a potential reader’s gateway drug. What could easily have been the literary equivalent of one of those ‘I love the 1980s’ programmes in which comedians trigger our nostalgia buttons by merely mentioning the name of forgotten favourites is instead an insightful exploration of what books can do for us, written in a way that retrospectively illuminates our reading lives. I hadn’t realised that the first time I encountered the German concept of Sehnsucht, or an aching yearning, was not, as I had thought, in Edgar Reitz’s 1993 epic Die Zweite Heimat, but in Philippa Pearce’s beautifully melancholy Tom’s Midnight Garden.

And Mangan perfectly captures a crucial element of Richmal Crompton’s untouchable William books – not only are they incredibly funny, but the language in which they’re written makes no concessions to the youth of her readers. Without our knowing it, William was our introduction to sophisticated adult writing. As Mangan writes, “I was on a great polysyllabic spree, a grand tour around the glories of the subordinate clause. William was my guide, my inspiration and the gatekeeper to a new and better world. The suburbs suddenly expanded to infinity.”

Mangan never romanticises childhood, but the book is infused with a specific sort of nostalgia, a yearning for the bookworm’s ability, weakened in adulthood, to immerse oneself totally and utterly in a fictional world. But as she reminds us, we can still return to the books we first loved 30 – or 50, or 20 – years ago. And “if you are as close to something as you were in childhood, then you have your childhood back again, don’t you?” As a Nesbit aunt would say, how true!