Fernanda Melchor’s first novel to appear in English is often beautiful, often harrowing, and deeply affecting. Douglas Kennedy’s latest is an undemanding read or an infuriating exercise in cliche? 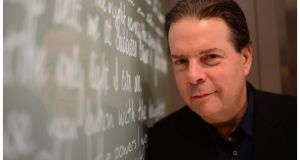 Fernanda Melchor’s first novel to appear in English is an insane wall of text, a phalanx of prose rallied between the margins with strict orders to destroy the reader. Hurricane Season is the story of the Witch and her power over the inhabitants of the Mexican village of La Matosa. Melchor’s extremely graphic prose throughout would have Georges Bataille himself reaching for a crucifix but it is a commendation of translator Sophie Hughes that the novel never reads like cheap smut. It is often beautiful, often harrowing, and deeply affecting while . Almost instantly hailed as a modern classic of Mexican literature upon its publication, Hurricane Season can finally unleash its torrent upon English-language readers. Quite the apt title. Barry Pierce

You know the story: man meets woman in Parisian bookstore. He’s young, American, lonely, inhibited; she’s older, French, liberal, married. C’est le coup de foudre. But their love story comes with a condition – Isabelle will only ever be his in the weekday afternoon. It’s hard to ignore the male gaze in best-selling author Douglas Kennedy’s latest novel. Female characters are portrayed uniquely as figures of allurement or as unhinged (often for the same reason). Tropes are rehashed – the French lover is a depressed intellectual, the mad Irish one pisses in the sink – while the male protagonist remains stoic and, of course, wanted throughout. Isabelle in the Afternoon is a light, undemanding read for some and an infuriating exercise in cliche for others. Brigid O’Dea

If you, like any sensible person, are worried about the effects of climate change, this book may be a boon. Hill and Martinez-Diaz state their thesis early; resilience is possible, but it’s not accidental. There is hope; for every extreme weather event that lives on in names like “Katrina”, “Irma” and “Sandy”, there are stories of communities taking action, sometimes relocating to safer places and certainly planning for their futures. Utilising their shared career experience in US government, Hill and Martinez-Diaz, set out clear discussion points and recommendations at the end of each chapter. This thoroughly accessible book gives readers food for thought and the realisation that, while we won’t stop extreme weather events, we can deal with them – perhaps not today, but definitely tomorrow. Claire Looby

Mary Ann McCracken has been overshadowed by her more famous United Irishman brother, Henry Joy, which is a pity as she was a convinced and tireless campaigner on behalf of women and the poor (especially children) and strongly anti-slavery. From a liberal Belfast Presbyterian background, she read voraciously writers influenced by the Enlightenment and the American and French Revolutions. Three of her brothers were United Irishmen and much of the book is taken up with her support of their cause. But her work for women and children through the Poor House Ladies Committee and Ladies Industrial School and anti-slavery work through Belfast’s Women’s Abolitionary Committee are also well covered. The beauty of Mary McNeill’s treatment of this extraordinary woman is that she allows her to speak for herself through her extensive correspondence. Brian Maye

As a Pulitzer Prize-winning reporter and author of eight books, Timothy Egan is no stranger to the art of the essay. This latest title is an account of his adventure along the Via Francigena, once a busy medieval pilgrimage trail from Canterbury to Rome. During his own personal search for spirituality, Egan leads his reader through the always compelling and sometimes deeply traumatic history of western Christianity. Egan writes with the ease and quiet confidence of a man who knows his story will resonate with his readers, no matter at what point they encounter his narrative on their own particular journey of faith. The sustained vignettes he offers here are at times haunting, at times humorous, always evocative of a lost world and a forgotten time, when salvation was both an object to be bought and a physical destination. Becky Long

Since the publication of Gail Honeyman’s Eleanor Oliphant is Completely Fine in 2018, the bestseller lists have been flooded with titles that can only be classed as uplifting literature; stories of human connection, friendship, community. Beth Morrey’s debut is no different – indeed, she shares both an agent and an editor with Honeyman. Perhaps the question of originality in this particular genre is redundant but one can’t help feeling that this story has been told before. Missy’s voice is compelling and relatable, and the cast of characters that surround her are believable and well-drawn, but Morrey’s style is heavy-handed and off-putting at times. Nonetheless, Saving Missy stands on its own two feet as an interesting character study of old age and the importance of love, in all its iterations. Becky Long