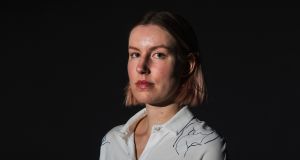 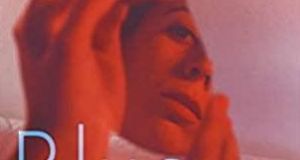 What does it take to transform a life chosen for you, randomly, by a lottery system enforced by those in power? What role does luck play in life? How to write about choice in today’s world? Sophie Mackintosh’s second book is a timely meditation on what it means to be a woman, a mother and its (supposed) unnamed “opposite”. Once, not so long ago, I’d have termed it “dystopian”.

We follow Calla, who as a teenager was advised she would not be a mother, due to the allocation of a blue ticket from a machine: “That’s how your life becomes a set thing, written . . . unchangeable.”

The layout feels so refreshing: sections with chapters of varying lengths. The first chapter is a single page consisting of five short paragraphs. The book reflects the world it speaks of and implores us to keep up. I found it fascinating how quickly the action unfolds; there is very little build-up and it is positively thrilling.

Almost immediately we are given a line of girls waiting to get tickets from the machine “the way you would take your number at the butcher’s counter”. “It was happening immediately, the diverging of our paths, no time to spare.” We encounter various people – mostly trying to sabotage Calla’s attempts at being a mother.

There is almost constant drama: this is a book to set the blood coursing through your veins. Set in an eerily familiar time and place as any we still know, yet as fantastical and other as Atwood’s Gilead, it’s about being human, simply. About being alive in troubling, confusing times – about finding our way through the “reality” enforced upon us – both externally and internally.

This remarkable novel acts as a crucial reminder that, in essence, the body we are born into (and its own respective journey) is in part a gamble in which the self we so willingly categorise plays a somewhat minor role. Who are any of us to tell someone who or what they “are”? To judge another person purely because they took it into their own hands, when the life they’d had thrust upon them – its upsetting, suffocating rules – was not the way in which they wanted to exist?

“My body was speaking to me in a language I had not heard before . . .” It might seem unnecessary to note that the body is a central theme in this book, given its subject matter, but I have read much on the theme of mothering in which it is given almost zero weight. Calla feels like “a doll with another doll inside”, unsure if she “counted as one or two” when pregnant. Motherhood is presented as a liminal place the body occupies and is occupied by: “the last perversion . . . the only one closed off to me”.

The most affecting line for me is: “I was skinless against the world, its terror, but its beauty too”, like Liz Berry’s Republic; its “unbearable skinless beauty . . .” As I wrote this, I uncovered a nest of shrews – the skinless babes attached to the mother, feeding in the dark beneath discarded haylage wrapping – and I thought of Calla.

Lots of the age-old, gut-wrenching views on childless women are referred to: “I was not motherly . . . there was a lack . . . a flaw”; the intricate tensions that play themselves out beneath the skin of countless women without children. (Even in seeking the way to word this sentence, I was drowning in the negative: not, no, less, etc.) Calla’s desire for a baby is “a strange, ravaging ghost . . . I hadn’t known I was capable of such hunger, or such grief”.

How women treat one another here is so intriguing, in ways reminiscent of Mackintosh’s first book, The Water Cure, or of Daisy Johnson’s Everything Under, but utterly made new. Themes of twoness, aloneness and reflections permeate the book and the idea of trust.

The “real and fake” sit side by side in Blue Ticket, like frozen turkeys at a simulated supermarket (on many occasions I imagined this chilling, brilliant book as a video game from the 1990s). Dreams play an essential role within the narrative; animalistic and raw but tinged with exquisite, newly born hues: “I cut my palm open . . . and out of my wounds oozed not blood, but an ink-like substance the colour of deep indigo.”

Why would Calla choose it, that chaotic shattering of her world? “I looked up into the sky . . . searching for the best reason . . . Having a child is both the most rational and irrational decision possible, in this . . . f**king awful, beautiful world.”

Or this explanation: “I had seen and even touched the hot wet redness of the universe . . . seen changed irrevocably. I had wanted that.”

Or this one, a dream of her daughter: “She moves in the way of ancient and eternal things.”

This book might reshape your views on much, perhaps even your relationship with being alive.