Belfast Noir, edited by Adrian McKinty and Stuart Neville: Not that dark up North 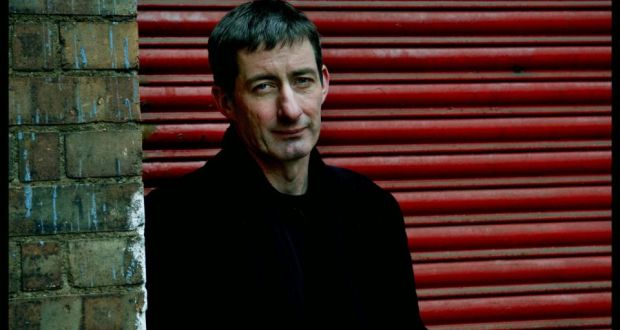 In crime fiction, noir can be a difficult definition to nail down, although most commentators agree that the purest form of noir incorporates an especially bleak and fatalistic tone, stories in which characters are doomed regardless of how they twist and turn in a desperate bid to escape their fate.

In that sense it could be argued that Belfast Noir, the latest city-based collection of short stories from Akashic Books, arrives a couple of decades too late, now that Belfast is, thankfully, no longer “the most noir place on earth”, as Adrian McKinty, quoting Lee Child, claims in the introduction to this book.

That said, noir can also represent a broad church within crime fiction’s parameters, as the diversity of the stories in this collection suggests. It’s also true that Belfast Noir is timely, given that the last decade has seen the emergence of a generation of Northern Irish crime writers who are engaged with post-Troubles fiction, with authors such as McKinty and his coeditor, Stuart Neville, plus Claire McGowan, Brian McGilloway, Gerard Brennan, Sam Millar and Garbhan Downey, adding their voices to those who were publishing during the Troubles, such as Eoin McNamee, Eugene McEldowney and Colin Bateman.

If it’s disappointing but understandable that McKinty and Neville have opted not to contribute stories of their own to the collection, Colin Bateman’s absence is more surprising, not least because his Divorcing Jack, featuring his journalist turned private investigator, Dan Starkey, and published in the mid 1990s, is a seminal novel of Irish crime writing. Bateman’s blend of crime tropes and irreverent humour is present here, however, in a number of contributions.

Claire McGowan’s Rosie Grant’s Finger is an offbeat comic tale featuring an 18-year-old private eye who cycles around Belfast; Sam Millar’s Out of Time features the wisecracking private eye Karl Kane; Garbhan Downey’s hard-boiled but jocular tale Die Like a Rat is stitched through with cynical one-liners about the newspaper business.

For the most part the contributing authors play a straight bat. Brian McGilloway’s The Undertaking sets the tone with a tale about an undertaker who is presented with an offer he can’t refuse by former paramilitaries who now police the Belfast streets.

Arlene Hunt’s Pure Game is set in the grim world of dog-fighting, an allegory of sorts in which strutting hardmen send out ill-treated animals to kill on their behalf.

Gerard Brennan’s Ligature is a tale of petty crime, teenage rebellion and punitive reprisals, a heartbreaking story offering an intimate snapshot of crime and punishment in Belfast. Wet With Rain by Lee Child, the Jack Reacher author, who qualifies courtesy of a Belfast-born father, offers a take on the cold war involving Troubles-era paramilitaries.

One of the most interesting is Steve Cavanagh. The Grey is a courtroom drama that in its very form argues for the normalisation of fiction’s treatment of post-Troubles Belfast, although Cavanagh’s narrator, a lawyer, is fully aware of how the “comforting blanket” of Belfast’s new grey architecture reflects the moral climate.

The science-fiction writer Ian McDonald contributes The Reservoir, a wedding-day story about dark secrets with a distinctly Gothic flavour. In Poison Lucy Caldwell reminds us that not all “crimes” break the law, even if they do have the power to destroy lives. Glenn Patterson’s Belfast Punk REP is one of the noirest of the stories, harking back to the halcyon days of Northern Ireland’s punk era and vividly illustrating the brutal dangers of not belonging to one or another of Belfast’s self-defining tribes.

Highlights include Ruth Dudley Edwards’ Taking It Serious, an unsettling pen picture of a young man obsessed with the fading glories of the recent past, and one that serves as a rebuttal to McKinty’s optimistic assertion in the introduction that “only the most hardened individuals would feel a return to the grey desolation of the ’70s and ’80s is a sacrifice worth making”. Alex Barclay’s The Reveller is a darkly poetic tale of revenge and self-annihilating redemption that strikes a disturbingly ambiguous note as it concludes the collection.

Eoin McNamee’s Corpse Flowers is the most fully realised noir of all the contributions: a PSNI investigation into the murder of a young woman told at one remove via snapshots gleaned from a number of visual cues, including CCTV and home-movies, “the difficult-to-piece together recollections, the lyric fragments of the street traffic and retail security cams”.

Belfast Noir is an uneven collection overall, given that less than half of the stories would qualify as strictly noir. For the less pedantic reader, however, it is a fascinating document of its time and place, and one that showcases the diverse talents of an increasingly impressive generation of Northern Ireland crime writers.

Declan Burke’s latest novel is The Lost and the Blind