Tiresome digressions detract from Philip Hoare’s portait of the artist 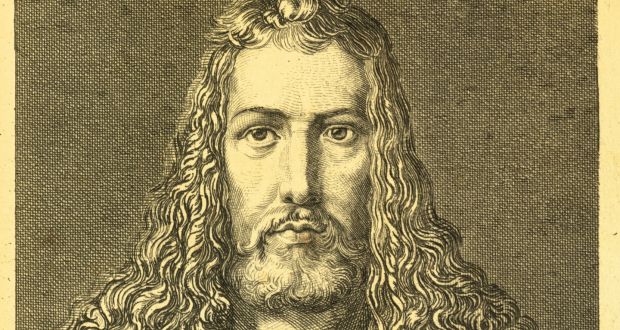 Book Title:
Albert and the Whale

This is a headbanger of a book. Albrecht Dürer is on the cover but the digressions on whales and the wild swimming the author does at the drop of his bike if there is a bit of sea, river or lake nearby are bloody annoying.

The passages about Thomas Mann, Marianne Moore and WG Sebald catch at best a Borgesian set of linkages to the Renaissance artist. Like Captain Ahab’s passing reference to Dürer, the whole obsession with whales is only obliquely connected to him. This amounts to overkill because the German never saw the stranded leviathan he travelled by sea to see on the coast of Zeeland. Instead he fell sick and was administered an enema for his trouble.

No wonder he never tried to draw a whale unseen from other sources as he did his famous rhinoceros. Nor was Dürer that interested in the sea and water, having clear preferences for the sky and air.

It should be brilliantly illustrated. The figures work reasonably enough but the many black and white photos are often very poor and mostly without captions – like something out of a pre-computer college magazine short on letraset. The colour images are not integrated but at the back of the book. The publisher could surely have afforded a few florins extra rather than palming readers off with their own and the author’s websites.

All the more frustrating as Hoare’s prose scintillates, probes and twists, his descriptive power marvellously concise and encapsulating, transporting us to his childhood bedroom in Southampton, Hitler’s parade ground in Nuremberg and a beach house in Cape Cod and many other places besides. It has lovely fades into quotations in Dürer’s typography, 16th-century spelling and different languages; segues into the cited critics joshing amongst themselves; interplays with Dürer’s Low Countries journal on what the traveller pays for things; and genuflects to the “starman” who died when it was being researched.

The influencer with his own logo, Dürer visualised a huge range of stuff at the key point when the advent of printing was facilitating large-scale reproduction and universal dissemination. But don’t seek an explanation of Dürer here – neither the socio-economic-ideological context which created him nor some sort of comparison with other contemporary greats like Leonardo or Michelangelo.

Rather this swirling zodiac of ideas is a reverie on art – with Dürer as exemplar – about how we as humans relate to it and how it relates to the world. The subject is played out as an individual’s search and related life experiences with many epiphanies and precious few laughs. A surgical procedure on the writer’s fingers is for instance the prompt for his interrogation of Durer’s fascination with hands and presumed medical issues in that regard.

Whether David Bowie had any thoughts about Albrecht Dürer’s art is not clear but both of them made and remade their own images. Hoare has picked an early one of him at his most Bowie-esque for the cover. There is also Dürer’s silverpoint selfie as a 13-year-old, the extraordinary Christ-like portrait from the pivot year of 1500, the glam rocker that I saw in the Prado, the drawing of himself pointing to the pain in his side, one of him as man of sorrows holding pentitential scourges and the strikingly honest naked portrayal in early middle age with the qualities of a photographic negative.

Both of them along with Thomas Mann had more than a passing interest in beauty. Dürer was interested in how human proportions could be mathematically defined and artfully reproduced, and published his techniques for others to follow which is why he, rather the Italian masters of the era, ranks as one of the makers of the modern world.

Ideas about geometry influenced his famous visualisation of melancholia, a Moby Dick of an image that many seek and fail to adequately comprehend. Ruskin, Freud and Einstein kept copies of it as a sort of intellectual icon and Rodin modelled the pose of The Thinker on its flummoxed angel.

The wunderkind was also interested in dreams (tried to paint them on waking); in genius, which he knew himself to possess; and thought black people generally less beautiful, leaving us notwithstanding remarkable representations of a bearded African, the 20-year-old Katharina from Antwerp and a gift-giving king in The Adoration of the Magi.

And we can be sure that Dürer’s views on the Jews were pretty standard Christian ones for the time, especially if we look at his Jesus among the Doctors. Strangely the latter with all its gesticulating hands is not touched upon in this book. Hoare shows Dürer’s Germanness being exploited by the Nazis and his hometown made their epicentre whilst noting also that his greatest biographer and modern proponent, Erwin Panofsky, escaped from anti-Semitism in 1930s Germany. Remarkably, Dürer’s statue and his house survived the Allied bombing which targeted Nuremberg for its cultural centrality.

For all his great imaginings – my favourite being The Four Horsemen of the Apocalypse – and his insatiable Renaissance curiosity and collecting, it is Dürer’s depiction of nature which distinguished him and once again outdid the Italians and made him modern.

There is Dürer’s obsession with dogs, always saleable even if the rest of a woodcut or engraving lacked popular appeal. Hoare goes to see his tuft of grass and young hare images in Vienna. This is the other thing; although we have books and the internet, we need to go to museums and libraries on sort of relic hunts to see the item up close. I went on a pilgrimage to Berlin to see our first appearance in Renaissance art, the drawing of Irish soldiers and peasants created by Dürer without ever clapping eyes on them. Hoare also saw a lock of Dürer’s hair in Vienna – it was blond, suitably enough – and then went for a dip in the Danube.