Leïla Slimani, author of Lullaby, challenges the reader’s judgments in this schematic novel 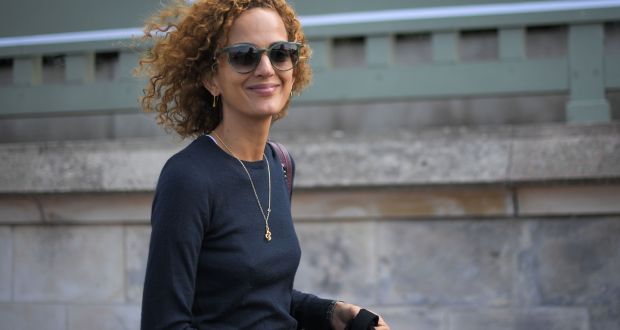 It could have been food with which Adèle became obsessed (but she treasures being thin). Or alcohol. Either might have provided the mixture of exhilaration and revulsion she needs. But it is sex which most completely satisfies her wish for debasement. The persistent need for physical sensation is there at all times. In the shower before going to the newspaper office where she works as a journalist, “she wants someone to grab her and smash her skull into the glass door”. On the metro, she looks around the carriage, sees a man and thinks, “He’s ugly. He might do”.

This is no ordinary wish for intimacy or pleasure but a compulsion concealed deep within Adèle and, as such, it is almost impossible to dislodge. Every so often, after another encounter with some man she met a short time before, she will resolve to change; will demonstrate a commitment to another way of being herself before, unavoidably, faltering.

Adèle has the stereotypically bourgeois Parisian’s life. She is married to Richard, a consultant at the Georges-Pompidou hospital. “They often go on holiday and they live in a large rented apartment in the 18th arrondissement.” Richard is a reliable presence in her life, but he offers her none of the excitement she needs. With him, there is no hope of surprise, no feverish risk. They have a young son, Lucien, but as with Richard, though she professes love, it remains hidden within her. On a beach in winter Lucien sits in a puddle of sea water. “She is furious. It’s December and he’s going to be soaked. He’ll catch a cold and then she’ll have to look after him more than she already does.”

There is, it becomes clear, something schematic about the form this novel is taking. We are being presented with a privileged view of a thoroughly unlikable woman. The curious enjoyment of the novel is that we look over her shoulder as we read, willing her to say no, to have some sense of self worth, to show some empathy with those she says she loves, only to have her defy our every wish. Above all, we are being called upon to judge Adèle. It would be impossible to read the details of her life without reaching a decision about her character. Is she fiercely independent or in thrall to men? A determined risk taker or a pathetic addict?

What we don’t discover, however, is why Adèle has become this person. A trip through the seedy Pigalle area of Paris when she was 10, with her mother and an unknown man, left her with a “magical feeling of actually touching the vile and the obscene, the heart of bourgeois perversion and human wretchedness”. But that seems inadequate as an explanation. Other than that we only learn of her finding excitement on reading some passages from Milan Kundera’s The Unbearable Lightness of Being and of the thoroughly uncomfortable way in which she lost her virginity.

A reference to the adult Adèle visiting a sleazy club on Boulevard de Clichy may be a nod to Elfriede Jelinek’s The Piano Teacher, but Slimani never gets to the grotesque psychological depths of that novel. The language of the novel, as translated by Sam Taylor, is matter-of-fact, brisk, unadorned – like most of the sex Adèle engages in – and as such it serves the function of taking us through the details of the plot in an unobtrusive way. But we don’t sink into the novel as deeply as we might have if we weren’t always pushed along at the surface level.

Slimani achieved much success with her novel Lullaby, another book which took a shocking premise as the basis for an investigation into society’s assumptions. Adèle was her first novel and is, presumably, being published now in English because of the sales of her second book. Adèle is a plain, neutral title to give the novel. In the original French, it was called Dans le Jardin de L’ogre, a much more indicative title and one which gives some indication of the author’s perspective on the plight of Adèle.

It is indeed skilful of Slimani to lead us to reconsider the judgments we make as the complications of her characters’ lives change and are reconfigured. Adèle must “find a reason to live”. Then, what of her husband Richard? Perspectives alter and levels of control may seem excessive or apt. The conclusions we reach may say much about our own lives.