A series of unsaintly Patricks

With the week that’s in it, read up on the literary characters who take their name, if not their morals, from our patron saint 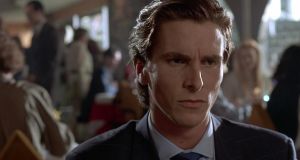 The ultimate stereotype of yuppie greed and consumerism, Patrick Bateman was played by Christian Bale in the 2000 film adaptation of American Psycho

Patrick Bateman
The antihero narrator of American Psycho , Patrick Bateman couldn’t be further from a saint. Of wealthy New York stock, young Patrick works as an investment banker by day before going home to unwind as a serial killer in the evenings. Undiscerning in his victims, Patrick dispatches with everyone from prostitutes to homeless people to his own colleagues. (That’s what you get for working in mergers and acquisitions.) Psycho Patrick made such an impression on creator Brett Eaton Ellis that he’s been granted cameos in a number of the author’s other books. The ultimate stereotype of yuppie greed and consumerism, he was played by Christian Bale in the 2000 film adaptation.


Patrick Melrose
Patrick Melrose, the protagonist of five novels by British author Edward St Aubyn, is no serial killer but he does spend a lot of time trying to kill himself with drugs and alcohol. Heir to a rich and monstrous dynasty, Patrick’s troubled childhood and subsequent journey off the rails are based on the author’s own life. Republished in a single volume in 2012, The Patrick Melrose Series looks at the lives of a decadent aristocracy and the perils of inherited wealth.


Paddy Clarke
Patrick “Paddy” Clarke is the 10-year-old hero of Roddy Doyle’s 1993 novel Paddy Clarke Ha Ha Ha . Comprised of short scenes that are not in chronological order, the book was praised both for its unconventional structure and for the way it captured the voice of a young boy from 1960s Dublin. Netting the Booker Prize for Doyle, it is a Bildungsroman that looks at the effects of marital problems and separation on children.


Patrick Lewis
The protagonist of Michael Ondaatje’s In the Skin of a Lion is born in a rural logging town near Toronto, where he dutifully stays until his father’s death. Moving to the city, Patrick occupies a number of jobs and finds himself part of an immigrant community which helped construct the city but was largely ignored by history. Canadian-Sri Lankan writer Ondaatje’s better-known novel The English Patient is in part a sequel to In the Skin of a Lion and although he does not feature prominently in this later work, the book reveals Patrick’s fate.


Postman Pat
He might drive a red van and work for a British postal service, but Postman Pat belongs to the Irish in name. Technically a cartoon character, Pat has been given special dispensation to appear in this list due to the numerous books his escapades have spawned down through the years, selling millions of copies worldwide. Geared at pre-school children, Pat and his black and white cat have been doing the rounds in the fictional village of Greendale since the early ’80s.


Patrick Dignam
Patrick “Paddy” Dignam is a fictional character in James Joyce’s Ulysses, whose funeral at Glasnevin Cemetery is attended by Leopold Bloom. Having died in a drunken stupor, there are parallels between Patrick and Odysseus’ pal Elpenor, who died in similar circumstances in ancient Greece. Paddy crops up a number of times in Joyce’s masterpiece, memorably as a dog in Bloom’s imagined court sequence.


Patrick Seton
Muriel Spark’s lesser known novel The Bachelors came out the year before The Prime of Miss Jean Brodie made the Scottish author a household name in 1961. Protagonist Patrick Seton is one of the titular group of men, a spiritual medium who always has a girlfriend to call on when he needs money. The comedy takes a darker turn, as it so often does in Spark’s work, in the latter half of the book when Patrick is unmasked as a con-man and must stand trial for fraud, which inconveniently clashes with his plans to murder a pregnant girlfriend.