A Kind of Compass, edited by Belinda McKeon: fiction from a distance

An international anthology of 17 stories, some of them remarkable, resists melodrama 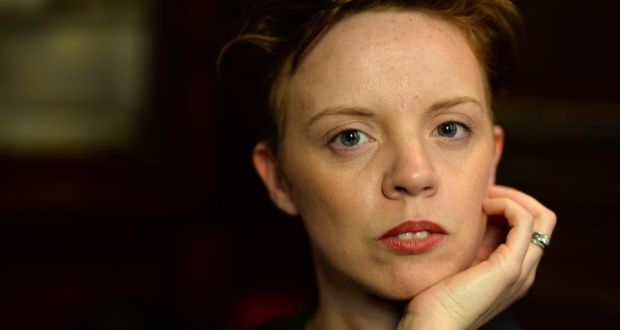 Book Title:
A Kind of Compass

In a recent essay, Belinda McKeon mused on the nature of the game writers are in, on what she called “the art of going the distance”. Towards the end, she wonders what it is that readers want now, asking if they want to be “broken” by fiction. “Broken! Devastated! Sobbing!” she wrote, a hint of sarcasm in her words. “And then, to close the pages and return to the safety of the day. As though it had been ventured from. As though it had been left behind.”

The fiction in A Kind of Compass – a collection, edited by McKeon, of 17 short stories from an international set of writers – resists such overwrought emotional responses. The theme of the collection is “distance”, and distance is not the stuff of rage, passion or climactic moments. For these writers, distance is not something that is ever overcome. It is something that is lived with. It insinuates itself. It is a shadow on life that continues regardless. It is a very quiet kind of devastation.

Three of the opening four stories revolve around the distance between parents and their children. While Sam Lipsyte’s tale of father and son not quite bonding on the former’s deathbed is good black humour, Gina Apostol’s The Unintended is the first example of something truly remarkable. It appears as a series of fragments – of letters, memories, stories – but Apostol never loses hold of the mood, which is nostalgic, gilded even, but poisonous too.

On the surface of things, the daughter of an Italian film director hires a Filipino mystery writer to be her translator and guide as she makes a film of her own, literally and artistically following in her father’s footsteps. Memories of her mother break through the narrative arc, interrupting it, almost abstracting it.

Such a summary rings hollow; the story’s richness is in the way it moves elegantly around, from the faded light of old, almost aristocratic cinema – great men at work, revolution in the air – to a modern day that is more stark, somehow unyielding in its cold reality. It’s a romantic patchwork of sound, colour and tone, and it electrifies the book.

Both Elske Rahill and Sara Baume write about mothers escaping, temporarily, from their children. Baume’s character goes to London to retrieve Martha, a homing pigeon that has gone astray. The ostensible reason for the trip is glossed over in half a sentence, but every little detail around the story becomes of great interest under Baume’s perceptive eye. “What I find most strange and fascinating is the way in which people, in which we, every single day place our trust, our lives, in contraptions we don’t fully comprehend,” writes Baume, and you get the sense that she’s not just talking about aircraft and skyscrapers but homes, families, jobs, and all the invented institutions of life. Nothing here is fully comprehensible – does a child recognise when it causes pain and, if so, why does it not stop? – and so everything is fascinating.

Rahill’s story, which opens the book, is similar to Maria Takolander’s Transition, which closes it. Both writers focus on women seeking the ultimate distance: the unimaginable blankness of outer space. Rahill’s character, Caroline, wants to go to Mars to honour the memory of her father, while Takolander’s nameless astronaut is already gone, far out in the black universe, trying to escape the legacy of hers.

The most profound distance of all is found in Éilís Ní Dhuibhne’s New Zealand Flax. Here the distance is that between life and death, the final and most insurmountable separation. Frida drives to a cottage in Kerry she used to share with her late husband, Elk. Her memories of Elk, the pangs of loneliness, are the raw material of a story that goes nowhere, because it has nowhere to go. Frida shows us the meaning of being at a loss. How can someone we loved, truly loved, be gone?

Even here, right up at the limits of what might become, in McKeon’s words, “an experience too dreadful, too enormous, too terrible to ever want in reality”, Ní Dhuibhne tenderly avoids the melodramatic and reminds us that such a distance is felt in a thousand tiny absences rather than as a single, overwhelming fact.

The writers that McKeon has picked here – perhaps because they come from all over the world, perhaps because many live and work in places different from those where they grew up – understand that distance is more than a matter of miles. It is, as Ní Dhuibhne intimates, the separation between reality and imagination, or as David Hayden suggests, between what we should have done and what we actually did.

It is the distance between here and there, as McKeon writes, with us in both places at once, torn. Such distance is a stone we drag with us, a horizon we strive for each and every day.

Ian Maleney is a writer and editor