Paul Doran in Dublin: You won't see a livelier display of painting all year

Plus: Finnish women let us into their lives with humour 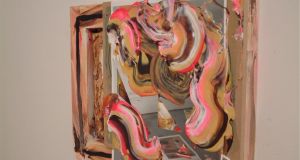 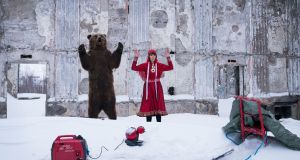 A still from Trambo by Marja Helander 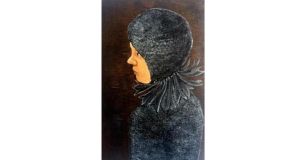 Paul Doran
Hillsboro Fine Art, Dublin
★★★★★
With his MA exhibition in 2001, Paul Doran established himself as a significant presence in contemporary Irish painting. His thickly impastoed work emphasised the materiality of paint, and his adroit touch confirmed the importance of inflection and nuance: it wasn’t just a matter of mechanically building up the layers – fine judgments had to be made at every stage.

Previously his intensely chromatic compositions had shown an affinity with the sumptuous colourist Howard Hodgkin, but his interest in structure and substance set him in a new direction, informed by the Sienese painters of the 15th century.

At that time, artists were in effect discovering how to create pictorial space, and the air of excitement and discovery is unmistakable in their work. Those concerns – colour, materiality, pictorial space and the fabric of a painting in terms of canvas, stretcher and frame – have continued to preoccupy Doran. You can find all of them, and much more besides, thrown into the mix in the work in his new show at Hillsboro. It’s as lively and immediate a show of painting as we are likely to see this year.

Each piece follows a procedure that goes something like this: to begin with he reverses a stretcher and builds up paint on the back of the canvas. The outline of the stretcher becomes a frame. Then he fixes a panel of ply or MDF to partly cover the painting and works on that, often affixing a printed photograph – usually of birds, not that we see much of them – which he then paints over and sometimes cuts into.

It seems reasonable to infer that Doran has been thinking about views on painting proposed by theorists including Jacques Lacan and Jacques Derrida. Ideas such as that the painting is a trap for the gaze, a screen that obscures rather than an image that reveals, and that the painter’s real subject is always just out of sight, all appear relevant to the work. Triangular cuts in the photographs recall Lacan’s triangular diagrammatic description of the interplay of gaze, painting, screen and subject. The paintings are tremendously engaging visually, drawing us back time and again.

Bad (L)attitudes: Reassessing Finnish Femininity
Suvi Aarnio, Johanna Havimäki, Marja Helander, Kirsti Kotilainen, Heta Kuchka
Galway Arts Centre
★★★★
Temple Bar Gallery and Studios has had a number of outstanding exhibitions over the years featuring Finnish artists. Eija-Liisa Ahtila, Salla Tykkä and Elina Brotherus have all shown memorable and influential work there. Now the baton passes to Galway Arts Centre, with a show curated by Anna McGowan, who aims to encourage comparisons between women’s experiences in Finland – often cited as a leader in gender equality – and Ireland, which has attracted the censure of the UN for its treatment of women.

It’s not a case of praising Finland at Ireland’s expense, however. The work McGowan has chosen to highlight suggests a more complicated picture and a broad range of concerns. She has also gone for humour, often with a distinctly dark edge.

Heta Kuchka has a finely honed instinct for comedy, but her biographical note mentions her recent interest in how we deal with ageing, mortality and death in western society: not quite chuckle material. In Temporarily Out of Order she dresses her mother in a tutu and puts her onstage to creakily, slowly perform a dance routine. It could verge on cruelty, but it is a tender piece of work, although the humour is dark.

Kuchka’s performance video installation Sweethearts, dating from 2000, places the viewer across the breakfast table from Kuchka herself. A terrific performer, she launches into a rambling monologue that is both funny and sad, a chronicle of romantic hopes, misapprehensions and, we gradually realise, the limitations and frustrations imposed by conventional social and gender expectations.

Marja Helander, meanwhile, addresses her Sámi-Finnish identity. Trambo has her attired in traditional, colourful costume, laboriously dragging a trampoline through a vast snowy landscape, eventually pausing to jump up and down on it. It’s an ambiguous piece, open to differing lines of interpretation. It could be taken as pointing to a misfit between an indigenous culture based around nomadic reindeer herding and contemporary consumer culture. Time and again in her work, Helander seems to imply that there is no way of squaring that particular circle.

Johanna Havimäki reverse-engineers garments of leather and fur to create often toy-like, even cartoonish sculptural representations of the animals that provided the raw materials. The playful nature of the imagery, and the traditionally feminine skills involved, stand in contrast to the brutal masculinity of hunting and killing.

A similar idea surfaces in Suvi Aarnio’s fabric pieces, which combine decorative needlepoint and embroidery techniques with the visual equivalent of a surprisingly loud, heavy metal-style delivery. Kirsti Kotilainen, who has been based in Ireland for some time, has worked with garments and discarded materials in work exploring home, belonging and migration. Here, her Defensive Clothing for Teenagers is a slightly satirical evocation of the instinct to protect children from the slings and arrows of growing up.