Works by artists including Picasso, Chagall and Matisse were seized in Munich 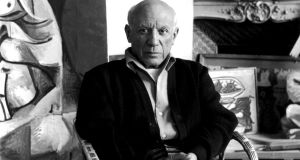 Works by modern masters including Picasso were seized by police

German police have seized more than 1,500 works by artists including Picasso, Chagall and Matisse in Munich, looted by Nazis and presumed lost since 1945.

Many of the 20th century artworks, reportedly worth of more than €1 billion, were last seen in public in a Third Reich exhibition of so-called Degenerate Art – their pejorative catch-all term for most modern art – over 70 years ago.

The hoard was discovered after a chance raid on the Munich apartment of an 80-year-old man whose father was supposed to sell the seized art in the 1930s. Instead the art dealer, who died in 1956, kept them all after claiming they were destroyed in his Dresden apartment in the 1945 bombing.

The hoard came to light after Cornelius Gurlitt was stopped by customs officials driving back to Munich from Switzerland carrying €9,000 in cash. They later raided his apartment expecting to find details of undeclared income.

“We were stunned at what we found,” an unnamed customs official told Focus magazine. “From floor to ceiling, from bedroom to bathroom, were piles and piles of old food in tins and old noodles. Behind it all these pictures worth tens, hundreds of millions of euros.”

Since their discovery the works have been deposited in a vault in Munich where an art historian is researching the provenance of the stolen works.