Limerick: a city in search of its cultural identity

The arts community in Limerick is in crisis, thanks to cuts and closures, so how will the city live up to its city of culture status next year? 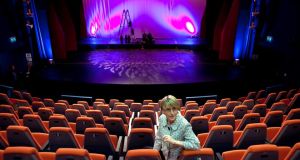 The opening of the Lime Tree Theatre was seen as a positive development, but its sole remit is not to develop or support local artists

Nine months away from Limerick becoming Ireland’s first “National City of Culture”, an artistic programme has yet to be agreed and finalised for the year-long designation.

Karl Wallace has been appointed artistic director of the event, yet he only began his tenure in mid-April. Little in the way of Government funding has yet to be provided directly for the event. Seed funding of €235,000 has been injected into the City of Culture project through local-authority funds, with an additional €255,000 for marketing Limerick as an arts destination allocated in 2013.

Limerick city and county manager Conn Murray has confirmed that the spend on the City of Culture programme “will be decided in the coming months”, and Government funding is not expected to be announced until later this year. Privately, many in the arts community in Limerick are now questioning just how committed the Government is to the project, which was launched last July by Minister for the Arts and Heritage Jimmy Deenihan.

There is concern that this initiative could become another failed promise from the Government in relation to Limerick, and that the designation may not have the kind of long-term artistic impact envisaged when it was launched in 2012.

In the past three years, several arts organisations in Limerick have experienced severe funding cuts, with Island Theatre Company and Daghda Dance Company the biggest casualties. The Belltable Arts Centre also closed recently due to separate funding issues. Against this background, the National City of Culture designation was expected to act as a catalyst to galvanise the city.

In the words of county manager Conn Murray, the event is seeking to “improve Limerick’s urban image, assist regeneration and promote social inclusion” and provide “cultural access for all within the city and its hinterland and to creatively connect with the outside world”.

In the past, city of culture-type accolades have had mixed results. Cork’s tenure as European Capital of Culture in 2005, albeit a much larger and better-funded designation, led to a significant amount of artistic tension as well as creative and commercial resentment in the city.

The debate often boils down to whether these designations are about highlighting existing cultural infrastructure in a city or prompting new ones. Should the designation be about fireworks and street parties, or focus on securing artistic space for local artists to inhabit long after the bunting has been taken down? And how exactly do you define the culture of a city? In Limerick, it could be as much about graffiti art as it is about Garryowen.

“We have lost everything, so there’s nothing left to lose. It’s time for the arts in Limerick to come together and examine the situation,” says Limerick playwright and broadcaster Mary Coll. She believes there is some level of confusion in relation to what the exact purpose of the designation is. “I don’t think we know what it [National City of Culture 2014] is about,” she says.

“Limerick is so starved of funding that anything that might raise any of the boats is welcome. Most working in the arts realise there’s little you can do with a non-existent budget and a six month lead-in.”

Coll was director of the Belltable Arts Centre from 1991 until 2000. Last February, the centre went into liquidation with debts in excess of €2.3 million, and has remained closed since. One of the oldest arts centres in the country, it had been beset with financial problems and local disputes following a major refurbishment in recent years.

There are now concerns that the arts centre, which served the city of Limerick for over three decades, may remain closed during the National City of Culture year. “The problem is not just that it closed, but it is the fact that the city doesn’t have a designated arts centre now,” says Coll.

“With the opening of the new Lime Tree Theatre in October 2012, the pressure on the Belltable to be a theatre and an arts centre was reduced. Without an arts centre, there is nobody in the city to support independent artists.”

Positive developments
The Lime Tree Theatre, situated on the campus of Mary Immaculate College, is generally accepted as a very positive development in the cultural infrastructure of the city, filling the need for a 500-plus capacity venue. Already, it has received touring productions from the Abbey Theatre and Druid Theatre Company. Recently, screenings took place for the growing Fresh Film Festival, while perennial Limerick hit Alone it Stands was helping to balance the books at night.

It should host a number of flagship events next year and while complementary to the city’s artistic community, it is not the sole remit of the theatre to develop or support local artists.

Gerry Barnes, who was artistic director of the Belltable for 18 months before it went into liquidation, says that the arrival of the Lime Tree Theatre inevitably had an impact on the smaller venue.

“There were problems and it was difficult for directors, staff and artists, between noise disturbance and problems arising from the capital programme,” he says. “But for me, the arrival in the market of the Lime Tree Theatre was a game-changer.”

Barnes hopes to work on a revival of Mike Finn’s play Pigtown next year, and says that it is crucial the National City of Culture year gets off to a good start. “You need to have a certain amount of buying power to get international acts in . . . It might be more that this designation is a starting point, not the end of a journey, and is something that will bring a new focus on to the arts in Limerick.”

Focus on communities
Catherine O’Halloran, an artist and senior youth work with St Munchin’s Family Resource Centre, works with many ground-up arts initiatives in the city, including the Make A Move hip-hop festival. She believes that the focus should be on people and communities rather than arts institutions and events.

“We need to recognise that culture is as diverse as the people living here,” says O’Halloran. “When the word ‘culture’ is used, I think commonly it is used in relation to ‘the arts’. For the communities I work with on the north side of Limerick, that’s not what culture means to them. For them, it’s not about opera or the Belltable or our galleries and museums. Regeneration is built on grief almost of a community, who in many ways have no clue about who they are, what regeneration means or what their identity is. This could be a time when we address that.”

Already in Limerick, there is much more dialogue happening between artists and community activists from different backgrounds within the city. Under a group called Professional Limerick Artists Network (Plan), which is made up of a cross section of the city’s cultural community, artists are now meeting regularly to ask what it is they want to address in Limerick, and how.

This kind of networking and engagement may ultimately be the lasting legacy of the National City of Culture initiative.

“Hopefully next year will be about community engagement in a real meaningful sense . . . from actual communities themselves,” says Catherine O’Halloran. “There’s a lot of talk about how much money there will be for this. We need to shift our thinking and see that our culture already exists. The best culture is often free and doesn’t need to be bought.”