John Meagher: Architect who could ‘invent the unimaginable’

John Meagher, who died this week, was one of Ireland’s most accomplished architects 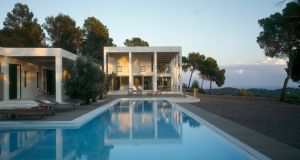 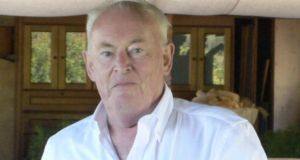 John Meaghar set up practice with Shane de Blacam in 1976

If there is anything that sums up John Meagher’s “genius for simplicity” in architecture, it’s the stunning white villa he designed for Iris and the late Claus Michel on the island of Ibiza that he loved so much.

Set in the pine-covered Morna Valley, the two-storey villa has a full-height colonnade on two sides with awnings that can be lowered at the flick of a switch to provide shading from solar glare, overlooking an L-shaped swimming pool flanked by a single-storey block of four guest rooms. No wonder it came to be used for fashion photo-shoots over the years since it was finished in 2004.

Although utterly contemporary in style, Meagher’s design took its inspiration from Ibiza’s “completely unique” architecture going back to the Phoenicians. For they, too, built flat-roofed, white-walled houses, using a “proportioning system that relied on cubes – single, double or triple cubes – to make spaces, and I’m sure Le Corbusier developed his module from that”, as he said at the time.

As his great friend and developer Richard Barrett noted, his buildings were “paragons of elegance and simplicity, a joy to live in” as well as being “ servants of their surroundings, merging in their landscapes”. He had “an innate aesthetic, an ability to invent the unimaginable, his mind thinking formulae of the Golden Ratio … quickly sketching lines with the assured aplomb of someone just hit by the solution”.

John Meagher has gone, but his architectural legacy lives on. He was one of the most celebrated and accomplished architects in Ireland, having set up practice with Shane de Blacam in 1976, working from offices in Dawson Street, even though they were as different as chalk and cheese – Shane greatly influenced by the work of Louis Kahn and John by Finnish architect Alvar Aalto.

Over the years, de Blacam and Meagher Architects developed a reputation for the overwhelming quality of their work, initially designing churches for the Dublin Archdiocese, such as the flat-roofed one in Firhouse, a cruciform set in a rectangle making four walled gardens in its corners, or the one in Rowlagh, Clondalkin, all in banded concrete with a roof lantern running the length of its apex.

Featured by Architects’ Journal in October 1984, an article by architect Gerry Cahill noted that they wanted to explore “how landscape and buildings interact, how buildings can be set in gardens, how gardens can be seen as outside rooms” and how they were “striving towards a simplicity and a poetry in their creation of spaces to evoke a response in as wide a variety of uses as possible”.

When the Archbishop of Tuam asked who was going to pay for a million pound budget over-run at Knock, Meagher simply said: 'I suppose God will'

After a fire almost destroyed the Dining Hall in Trinity College Dublin, de Blacam and Meagher not only restored the building in 1984 but also installed a beautiful timber atrium to link different levels as well as a replica of Adolf Loos’ American Bar in Vienna, a gem in itself; and followed this with Trinity’s Beckett Theatre, which won the Architectural Association of Ireland’s Downes Medal in 1993.

The Chapel of Reconciliation in Knock, Co Mayo, firmly anchored in the ground, was another of his competition-winning schemes. And when the Archbishop of Tuam, Dr Joseph Cassidy, complained to the project team that the building, with its pivoted oak doors, was running a million pounds over budget and asked who was going to pay for that, Meagher simply said: “I suppose God will”.

He was a great friend of the late Tony Ryan, founder of Ryanair, and designed the interior of his Gulfstream jet, just as he did for Denis O’Brien, another close friend. He also designed several of O’Brien’s buildings, including the Esat Digiphone headquarters on Grand Canal Quay, in Dublin; the Digicell headquarters in Kingston, Jamaica, and a never-published palatial villa in the Algarve.

It was John Meagher who spotted a newspaper advertisement for a site near St Catherine’s Church on Thomas Street and persuaded Shane de Blacam they they should buy it and build new offices for their practice in what became a naturally-ventilated five-storey building. He also designed an infill scheme on the corner of Castle Street, described by Shane O’Toole as “a symphony of brick and glass”.

But it was in Ibiza that he felt most at home over the past 20 years, spending much of the year living in an apartment in Talamanca with a large semi-circular window looking out over the bay towards the medieval cathedral that crowns Ibiza’s fortified old town. There were any number of villas to design there and elsewhere in Spain, and he also revelled in its restaurants, bars and nightclubs.

His passing is as much of a loss for Ibiza as it is for Ireland.