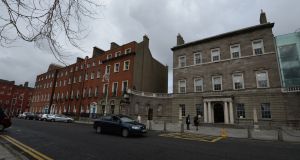 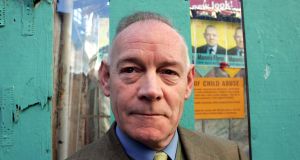 Cllr Mannix Flynn: “The board at the Hugh Lane Gallery has no control over anything and has no particular purpose.” Photograph: Cyril Byrne

The board of directors of Dublin’s Hugh Lane Gallery could be dissolved due to a “lack of clarity” regarding its role, a report on its structure has suggested

The document questions the future of the board due to its operating freedom being “constrained” by gallery owner Dublin City Council which exercises total control over every aspect of day-to-day operations.

“Overall there is a sense of frustration [among directors] that the potential of the gallery is not being achieved,” notes the confidential report written for Dublin City Council, a copy of which has been seen by The Irish Times. It says some of those linked to the gallery believe senior management in the council are, in effect, “shadow directors”.

The report refers to a “sense of powerlessness” due to board meetings being “largely without substance”, there being “no strategic plan for the gallery” and a lack of a “schedule of business for which the board has clear and unequivocal responsibilities”.

Board members also said that, while current finances may be inadequate, they did not believe “serious efforts are being made to obtain additional resources through the city council or through philanthropy”.

A Dublin City Council spokesman would not comment on the report, as it has yet to be discussed by the board.

A registered charity located in Parnell Square, the Hugh Lane is a public gallery exhibiting both modern and contemporary art. It counts among its exhibits the Francis Bacon studio and archive, and a series of works by renowned artist Sean Scully.

Under the Memorandum and Articles of Association (1998), the Hugh Lane Gallery is a wholly owned company of Dublin City Council.

Three options have been put forward for consideration. The first regards the abolition of the current structure and the “re-absorption of the gallery in the city council which would then be responsible for [its] governance and management”. This option would include the formulation of an alternative “advisory board” that would “carry moral weight but would have no fiduciary or other responsibilities”.

“It may also be worth mentioning that to return the gallery to direct control of the council would be against current trends in relation to art gallery governance in Ireland. ”

The second option is the establishment of an independent board where, under the more recent provisions of the Companies Act 2014, directors assume all responsibilities and duties.

Option three suggests a revision of the Memorandum and Articles of Association in the context of the 2014 Companies Act, essentially reformulating the museum’s structure.

None of the directors receive payment for their service.

One of those, Cllr Mícheál Mac Donncha said he was in favour of the board’s retention as the gallery’s complete absorption into council bureaucracy may threaten “the focus it needs”.

Another director, Cllr Ciaran Cuffe, said he had not reached any firm decision but that while an “in-house” approach had its advantages, the value of external expertise could not be overlooked.

Cllr Mannix Flynn said he favoured its dissolution and replacement with an advisory body.

“The board at the Hugh Lane Gallery has no control over anything and has no particular purpose,” he said, echoing the document’s findings.