Architecture trumps art in a strange turn for the Turner Prize 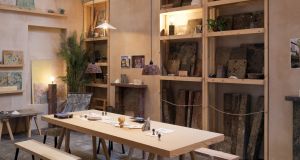 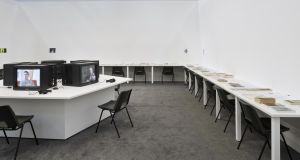 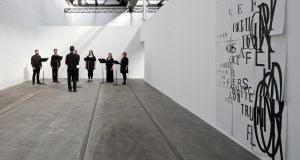 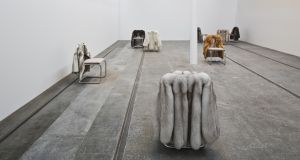 The shortlisting of the architectural firm Assemble for this year’s Turner Prize says a lot about the judges and even more about the contemporary art world. It reflects a yearning for a particular kind of relevance and effectiveness on the part of many artists, curators and commentators. They see art as a potential agent for change across a broad swathe of the social, cultural and political landscape, which is where Assemble comes in. The company is young, idealistic and works on grassroots community projects with a co-operative, collaborative and sustainable ethos.

In other words it is achieving what many in the world of visual arts aspire to and, on occasion, persuade themselves they are doing.

The contrast between art grounded in progressive social aims and art at the other contemporary extreme – that is, works acquired by the super-rich as prestigious baubles – is stark. The Turner judges want to be on the side of the angels; they want a bauble-free zone. Still, it should slightly embarrass the art world that the front runners for one of the most prestigious contemporary art prizes are not artists. As one bemused observer at the preview of the shortlist exhibition in Glasgow said of the judges: “What part of the instructions did they not understand?”

It reflects poorly on the enormous number of artists active over the past 12 months that they didn’t make the grade. The argument is that the 18-strong Assemble collective encompass art and design as well as architecture, but that is slightly pushing it. They were nominated for a refurbishment project in Liverpool’s Granby Four Streets. For the Turner they are exhibiting one aspect of the project, A Showroom for Granby Workshop, the on-site workshop they established in which local residents make functional and decorative applied art elements for the refurbished houses based on the memories, surviving objects and materials and their available skill base. It seems to be extremely detailed, painstaking work.

Of the three artists per se, one shows a research project, one the performance of a musical composition and the other a minimally stated installation. The last of these, Nicole Wermers, looks particularly over- extended. What might have been quizzically witty as a once-off is pointlessly multiplied throughout a generous exhibition space. She stitches fur coats over the back of iconically modernist Marcel Breuer tubular steel chairs. Do that once and you have a nicely plausible conjunction of mixed messages with distant but distinct echoes of, say, Méret Oppenheim’s fur- lined teacup and saucer, Object. Repeat it and the energy instantly drains out of it, which is exactly what happens.

Bonnie Camplin amasses a battery of material for The Military Industrial Complex. The press release explains that she is exploring what “consensus reality” is. On video monitors, several interviewees elaborate on their belief in various conspiracy theories, the paranormal and other offbeat ideas. The interviews are drawn from YouTube. Surrounding tables are packed with books, pamphlets and bound photocopies: some of the voluminous literature relating to each distinct area of occult or alternative interest. It’s never less than moderately engaging, but by now it’s a not uncommon subject, and unlike several other notable artists, such as Susan MacWilliam and Susan Hiller, she does little other than methodically marshall her documentation. Research is a buzzword in art these days, but this isn’t quite research, more an accumulation of material.

Janice Kerbel turns to music, composing Doug, a song cycle of nine pieces for six voices. It’s not great as music, but it is certainly a work of art and a pretty good one. Drawing primarily on the languages of animated cartoons and physical comedy, as well as, musically, narrative ballads and formal recitals, each piece relates the story of a personal mishap, on a varying scale of seriousness.

Doug is an imagined being a bit like Wile E Coyote from The Road Runner, who comes to grief in nine different ways. They are not cumulatively survivable. Through vocal acrobatics, Kerbel tries to mimic the physical nature of each catastrophe. Here and elsewhere in her work, she takes self-contained little worlds of meaning and convention, formal structures, and combines them in unexpected ways.

None of the contenders is genuinely exciting, though, and with the exception of Assemble, a rarefied intellectual austerity prevails. They are, not surprisingly, hot favourites to take the prize, but if the jury – comprising two museum directors, a studio director and a writer and critic – wants to award it to an artist, Kerbel is the most interesting of the bunch.

After its 2013 excursion to Derry, the Turner is in Glasgow this year. It’s crisply installed in a constructed network of white cubes in Tramway, a fine contemporary visual and performance art space in a former tram shed on the city’s south side. As with Derry, Glasgow has used the Turner to highlight its reputation as a centre for visual culture. Last year’s Turner Prize winner, Dublin-born Duncan Campbell, has long been associated with the city. And it’s not just the high reputation of the art school, centred on Charles Rennie Mackintosh’s celebrated buildings: young artists are drawn by the energy of the place and its relative affordability, which has also led to the existence of several busy group studio schemes.

Head farther south from Tramway and you’ll arrive at the Burrell Collection in the leafy setting of Pollok Country Park. The collection is an eclectic treasure trove. It was built up by shipping magnate William Burrell, who gifted it to the city in 1944. The current building, a strong if quirky architectural statement, opened in 1983. Encompassing a dazzling range of work – Egyptian, Greco-Roman, Chinese, Mughal, Turkish and more – the collection also includes an exceptional, concentrated group of European paintings and sculptures, especially French paintings. For example, there are excellent works by Géricault, Chardin, Corot, Boudin, Fantin-Latour, Courbet, Manet, Degas and Cézanne.

Two pieces by Lucas Cranach the elder are worth the trip in themselves. With something like nine-tenths of the collection out of sight, plans to open up the storerooms to visitors are well advanced.

The Kelvingrove Museum in the city’s west end houses another eclectic collection, including arms and armour, natural history material and a good collection of paintings. The palatial building, designed along Spanish baroque lines, was initially used as a gallery for the Glasgow International Exhibition of 1901. Its impressive holdings of paintings include a Rembrandt, Van Goghs and a Cassatt, plus notable works by Monet, Matisse, Braque, Sisley, Renoir, and a Dalí that is oddly presented in a kind of cross between a chapel and a funfair booth. There’s a superb floral still life by the Dutch painter Rachael Ruysch. John Lavery and others of the Glasgow School are strongly represented. The Kelvingrove’s popularity notwithstanding, its presentation of the painting collection leaves much to be desired.

The same could not be said of the Common Guild, located across Kelvingrove Park, perched on a height in the midst of a series of handsome, concentric terraces. The guild pursues an ambitious programme of projects and exhibitions on an international level. It originally commissioned Kerbel’s Doug. The current show is drawn from Thomas Demand’s The Dailies (published by art book company Mack), and you don’t get much better than that. If there is something slightly haughty about the guild’s sheer good taste, it is all the same a jewel in the city’s visual culture crown, and a win by Kerbel would cement its reputation.