Tayto and TGI Friday’s among firms named, shamed and fined in UK

Wagamama and Moy Park also among 179 businesses fined £1.3m and forced to repay £1.1 m to workers for breaches of minimum wage rates 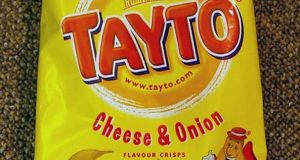 High street chains Wagamama and TGI Friday’s, along with hotels giant Marriott, have topped a list of firms “named and shamed” by the UK government for failing to pay workers the national minimum wage.

Several Northern Ireland businesses are also on the list, including chicken processor Moy Park, Wilson’s Country Potatoes and Tayto, which is a different company to Tayto in the Republic.

Marriott failed to pay £71,723 to 279 workers, according to figures released by the Business Department.

A total of £1.1 million in back pay was identified for 9,200 workers, with retail, hairdressing and hospitality businesses the most prolific offenders.

The British government also fined the employers a total of £1.3 million in penalties.

Failing to pay workers for travelling between jobs, not paying overtime and deducting money for uniforms were some of the reasons for the underpayments.

The seven staff left out of pocket at Stoke City will be particularly galled, given the club’s billionaire owner Denise Coates paid herself more than £200 million in 2016 through her ownership of Bet365.

Business minister Andrew Griffiths said: “There are no excuses for shortchanging workers. This is an absolute red line for this government and employers who cross it will get caught. Not only are they forced to pay back every penny but they are also fined up to 200 per cent of wages owed.

“Today’s naming round serves as a sharp reminder to employers to get their house in order ahead of minimum wage rate rises on April 1st.” On that date, the national living 1age will go up from £7.50 to £7.83 per hour.