Running your own business means holidays are optional, survey finds

Working 65 hours a week seems to be the norm 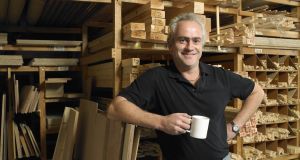 Want to run your own business? Be prepared: holidays, anniversaries and birthdays are among the events that slip down the priority list for owners of small and medium sized businesses.

That’s according to a survey carried out of spouses and partners of Irish entrepreneurs by the Blacknight SME awards.

According to the results, those who owned small and medium-sized businesses worked an average of 65 hours a week, although some dedicated souls put in more than 80 hours.

That leaves little time for relaxation, with business owners missing family occasions such as anniversaries and birthdays, although children’s birthdays were the exception to this. In fact, some couples reported time spent with their children was added to business diaries to ensure it remained on the schedule.

When it came to getting away from it all, the average time since couples had holidays free from work interference was four years; some were luckier, with a few months, but others reported it had been 16 years since they were able to take a break without work interfering.

“The aim of this survey is to point out that SME ownership is far from a fairy tale story. It’s a lot of hard work put in by those running the SME and those supporting them,” said Damien Mulley, organiser of the SME Awards said:

“It’s not the Googles and Facebooks with their tax headquarters here that are contributing most jobs and revenues to the State, it’s us the SME owners and it’s not done in a rockstar way. We won’t have a Hollywood movie about the dramas we deal with like cashflow, chasing debtors and rejection from banks.”

The survey comes ahead of the closing on nominations for the awards on Valentine’s Day, with 103 wives, husbands and partners sharing their experiences. The awards will take place in April.