With the recruitment moratorium now ended, many organisations are ramping up campaigns to target members of the diaspora 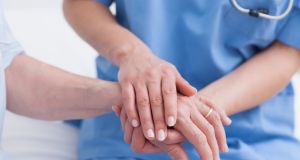 As in the private sector, employers in the public sector are also increasingly on the hunt for staff. With the recruitment moratorium now ended, many organisations are ramping up campaigns to target members of the diaspora. But while the public sector offers stability, it struggles when it comes to matching the type of perks seen in the private sector.

So acute is the staff shortage in the health sector that the HSE launched a recruitment drive in the summer to attract home 500 nurses and midwives who had left Ireland, with a €1,500 relocation package, along with funded postgraduate education and nursing registration costs.

A spokesman for the HSE said the organisation was “very actively recruiting for doctors and specialist nurses currently with open adverts running on its website”.

The HSE is also expected to introduce a campaign to bring American nursing graduates to Ireland. “A number of search agencies are working in UK and internationally specifically targeting the diaspora,” the spokesman said.

The Royal College of Surgeons in Ireland also has an active recruitment campaign for healthcare professionals, with its group director of nursing and midwifery Sheila McGuinness saying it had permanent posts available in all areas of its hospitals.

Further afield, Fiona Tierney, chief executive of the Public Appointments Service, which operates the publicjobs.ie website, said other organisations are also on the hunt for employees.

“It’s very heartening to see the volume of applications we’re receiving at every level and the quality of them. There are skills shortages common to our sector and to others in the economy.

“Individuals with good IT skills in particular are in very short supply and are expensive which is an issue because public sector pay policy has not yet caught up with developments in the market to meet the shortage of professionals,” said Tierney.“As well as IT-related skills, there is a seemingly insatiable demand for compliance, risk and audit people.”

Tierney said that, as with private sector employers, public sector organisations were actively trying to reach out to Irish people abroad, primarily through the publicjobs website.

“We’re very keen to encourage Irish people considering coming back to register for alerts on the site so that if in the future they decide they want to return they will be aware of the opportunities in the public sector.”

The most-read, watched, discussed of 2015