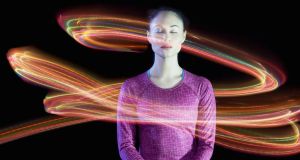 “On Indeed, the job-search website, there are 32,000 openings specifying creativity in London alone, compared with only 2,700 requesting politeness.”

I’m not creative. Neither are most of my colleagues. The Financial Times employs clever people who know how to spot stories, write them elegantly, and give readers the right mix of familiarity and surprise. Experience, knowledge, practice, judgment, skill and intelligence play a part. So does an ability to write. And think. Creativity barely comes into it. This is not to insult the FT. It is to compliment it.

For two decades, business people have talked rot about what it is to be creative. More creativity is taken to be better than less – there can be no such thing as too much. On LinkedIn there are nearly two million people with “creative” or “creativity” in their job title.

On Indeed, the job-search website, there are 32,000 openings specifying creativity in London alone, compared with only 2,700 requesting politeness, and barely 300 co-operativeness.

This is baffling when you consider that being polite and co-operative are vital traits for every job I’ve heard of, whereas most companies have no use for real creativity at all.

The creativity plague has spread so far it has even reached the part in which it used to be taboo – the accounts department. AstraZeneca, which is looking for someone to plan its cash flow, boasts in the advertisement about an atmosphere in which people are “rewarded for their ideas and creativity”.

Management experts are fanning the fire by sillier and sillier research. The daftest was written up in the Harvard Business Review recommending companies give their staff ludicrous titles such as “imagineers” to make them more creative. Most worryingly, it singled out for approving mention the “sandwich artists” who stuff turkey and processed cheese into bread at Subway.

Not only is it patronising to expect these luckless workers to be cheered up by such a moronic name, creativity is surely not what the company is after in the first place. When you are a global machine that produces 4,800 Subway sandwiches a minute, creativity on the production line is not recommended.

Last week I came across the first sign that creativity worship may have peaked. Fast Company published an article entitled “How to be less creative at work, and why you sometimes should”. It argued that too much creativity can make you a nuisance to your boss, and that often the smart thing for a business is to forget new ideas and go on doing what it is doing.

There are two extraordinary things about this. For a start it is right. Secondly it was published by an organisation that more than any other has hyped this brainless trend. Fast Company’s dubious mission: to inspire “a new breed of innovative and creative thought leaders who are actively inventing the future of business”.

It is possible that ordinary workers are starting to chafe after two decades of compulsory creativity. Last week Kantar Media, owned by WPP, invited all its employees to gather in rooms on different continents and play with Lego to construct their own versions of an “extraordinary world”. Did they find pretending to be kids with colourful bricks unleashed a gale of creativity? Not all of them.

One member of staff emailed me to tell me about the dismal day, writing in the subject line: “The most nonsensical thing that ever happened in my workplace.”

The Merriam-Webster dictionary says creativity is “the ability to make new things or think of new ideas”. There are hardly any new ideas left, and most are either very bad, or so new that ordinary people can’t recognise them as good. Van Gogh, after all, sold little.

Those capable of genuine new ideas are few and far between. I know only two: one a poet and the other an inventor. Both do things entirely their own way. Neither has made much money; neither would last five minutes in the corporate world. They would hate it, and it would hate them.

To survive, companies need to change from time to time. They need to do things slightly differently from how they were done before – but for that they don’t need creativity. They need people with intelligence and judgment to work out the right variations on existing ideas. More than that they need people with the determination to test those ideas, tweak accordingly and turn them into sales. – (Copyright The Financial Times Limited)