Lucy Kellaway: Employers, don’t blame millennials if you can’t hang on to them 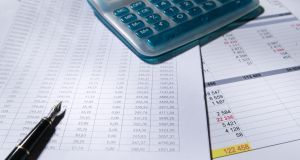 “After a few months the boredom hits and they find they aren’t faced with exhilarating work. They are filling in spreadsheets that have no apparent purpose.” Photograph: Getty Images

I live in a house full of millennials, three of whom are having their first skirmishes with working life. Every day I study them, marvelling at how little their early experiences resemble mine. Sometimes I think it is because they are different, sometimes because the world is different. I don’t know the right answer – but at least I know the wrong one when I see it.

Last week I got an email with the subject line “Attracting millennials” from the dean of Columbia’s school of professional studies. He has been pondering why so many of the brightest twentysomethings quit their fancy jobs, and has come up with a three-pronged strategy to help companies hang on to them. It goes like this: motivate through learning, market your benefit, invest in HR.

I stared at these puny bullet points and wondered if this man had ever met a millennial. That evening I asked my focus group around the dinner table if they agreed that the answer to mass disenchantment was more HR and training. Much derision followed.

So how ought firms act to keep their graduates, I asked them. They snatched up their devices and addressed their sprawling acquaintanceships on social networks – could anyone who had landed a big graduate job that they were now thinking of quitting please get in touch?

What followed was a diverting evening hearing experiences of the disenchanted at Unilever, Goldman, Lloyds, a magic- circle law firm, a big PR company, Sainsbury’s and a couple of big-name management consultants.

One graduate told me she had just spent four months working on a deck of 250 PowerPoint slides no one would ever read. Another said juniors at her law firm were expected to nip out to buy sandwiches for seniors, as if they were their fags at Eton. A graduate with a first in English from Oxford university said her boss insisted on checking every email she wrote before it was sent, making her doubt her own ability to write a sentence. Almost everyone complained of the sheer stupidity of the tasks they were given to do.

And then, as an afterthought, they mentioned the hours. It’s not fun to have worked all night and then to be given a bollocking for not having shaved. What is going on here? Are they spoilt whingers? Or are these jobs really intolerable? I think it’s a bit of both: they are up against the widest gap between expectations and reality that the professional world has ever seen – and it’s not their fault. Most of these graduates have been told over and over again by prospective employers that they are extraordinary, and that their jobs are amazing. The Bain website is typical: “We need smart, innovative thinkers who aspire to incredible things. The learning curve is steep. But the work is exhilarating. And your career potential is infinite.”

When I was their age no one ever told me I was amazing or that the future was infinite, so I wasn’t especially disappointed to find I wasn’t and it wasn’t. By contrast, millennials are being set up by their employers for an inevitable fall. At first things go okay – there is the promise of air miles and the general swagger of it all. But after a few months the boredom hits and they find they aren’t faced with exhilarating work. They are filling in spreadsheets that have no apparent purpose.

Feeling part of a machine

Junior jobs were always dull, but I suspect that they are worse than they were. In my day there was no PowerPoint, no spreadsheets, no PR, no HR, no layer upon layer of non-work to be doing. Even in my earliest jobs when I was given boring tasks I realised that someone had to do them. These graduates feel part of a machine: because everyone knows they probably won’t stay, no one makes any particular effort to get to know them. More dangerous still is the gap between the corporate bullshit and the business itself.

A young graduate at a management consultancy tells me that every day it is drummed into him by superiors that the firm always acts in the best interests of the client. But every week he watches the same people trying to flog further costly services that the client doesn’t need.

When the penny drops like this, you either quit – and this particular millennial has just banked his bonus and is about to do just that – or you silence your doubts and get sucked into the machine.

This is what employers should be concentrating on. They should be trying to distract their new graduates at the point of maximum disaffection.

The answer isn’t training or more HR – it is all round better management. They must stop telling them they have landed the most amazing job in the world. Instead they should give them something interesting to do, or at least be able to explain why filling in that particular spreadsheet really matters. – Copyright The Financial Times Limited 2016