Lessons to be learned from teaching in a multicultural environment 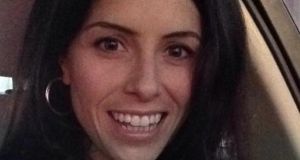 Róisín Mullan: “I think we have about 84 nationalities at the school. It’s one of the most international schools in Qatar, which I think is my favourite part of teaching here.”

The sound of screaming children is deafening. Hundreds of them run around desperately trying to grab our attention. “Why are you here?” “What are you doing?” they ask over and over again. We just laugh and shoo them away. We are standing in the playground of Doha British School, where 32-year-old Róisín Mullan from Ringsend, Co Derry, is in her third year as a geography teacher.

The school has more than 1,000 children at primary level and another 650 at secondary.

It was just a villa on the outskirts of a small Middle Eastern city 17 years ago, fending off the desert sands swirling around it, before it was turned into a Montessori and then a primary school. Now that expansive desert is barely big enough to facilitate the flood of ex-pat children arriving in the tiny gulf state of Qatar.

“Part of the reason the school has had to grow is because Qatar has the highest net immigration in the world … which I was actually teaching a class about this morning.” says Mullan. “The demand for school places is not matching supply, so we need more and more schools and more and more teachers here every year. This academic year, we hired 55 new teachers, so the volume of staff is quite spectacular. We also have a high turnover of teachers because Doha is very transient and people like to move on.”

And Irish female graduates seem to fit the mould for the type of teachers desired here.

“The vast majority of Irish women who work in Doha are teachers. Don’t get me wrong, I do know Irish girls who are hairdressers and barristers, but mostly they are teachers.”

Captain of Doha’s ladies Gaelic football team, Ann Marie Herward (23) from Cornamona, Co Galway backs up this claim: “We have between 35 and 40 girls playing for our two teams and all but four are teachers.”

Herward is a teacher herself, and works at a school where 25 per cent of the educators are Irish. Principal Joseph Salemeh says the International School of Choueifat for Girls was founded in Lebanon in 1886, and has always had strong ties to Ireland. “It was started by a young man, Tanios Saad and an elderly Irish woman with funds, Luisa Proctor, who used her regular income and knowhow to help Mr Saad set up the school.”

Salemeh says Irish people have many of the qualities he looks for in his teachers. “In general, Irish teachers come from large, loving families. They have values close to ours. They are used to hard work and feel pride in achieving excellent standards. Teachers in Ireland are used to managing large classes and care sufficiently to get good results. This requires skill, endurance, dedication and good classroom management.

“Another feature of Irish teachers is that many of them are musical and we consider music an essential part of education, especially at infant and primary level.”

And if that endorsement isn’t enough, Mullan offers another encouraging lesson.

“Some people might think it’s difficult to come here and teach if you are straight out of college, because it’s in an international context, but for a young teacher, it’s going to be difficult no matter where you are for your first year. The lifestyle you have in Doha is far superior to Ireland. You can still have links to your culture through things like the GAA team here, but you also have advantages like the hot weather.

“It’s so multicultural. I’ve just walked out of a classroom that had a kid from Malaysia, Germany, the Netherlands and Scotland and the class before that had pupils from Ireland, England, Australia, Germany, New Zealand, Malaysia, India and Sri Lanka.

“I think we have about 84 nationalities at the school. It’s one of the most international schools in Qatar, which I think is my favourite part of teaching here.

“I think the Irish students who come here benefit as much as the teachers when it comes to multiculturalism in the classroom. They learn so much from each other. If I had children, I would want them to grow up in a multicultural environment. The students learn about how other cultures do things, as well as how they think. It also makes the children very accepting of other cultures and teaches them to be good and kind to one another.

“I never realised how shel- tered I was until I moved away. It’s quite phenomenal to find out just what is out there and what you’ve been missing.”

1 How long can Government afford to keep State pension age at 66?
2 Policy failed us during the banking crisis and it’s failing us again
3 Samsung patriarch Lee Kun-hee dies at 78
4 No-deal Brexit could trigger rise in food prices, says Simon Coveney
5 In praise of Gogglebox Ireland, an essential service in all but name
6 Aryzta to pursue asset sales as takeover talks fail
7 Am I eligible for an over-70s medical card following changes in Budget 2020?
Real news has value SUBSCRIBE