State among the top 10 economies in WEF rankings, with Iceland retaining first spot 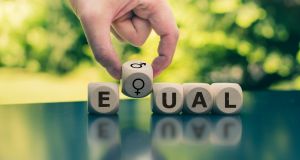 The most significant progress for Ireland has been in the increase in the number of women in senior positions, which has risen from 34.3 per cent to 36 per cent

Ireland has climbed two places to seventh position among the most advanced countries globally in narrowing the gender gap, according to a new report published by the World Economic Forum (WEF).

The study shows the State has closed 79.8 per cent of its overall gender gap with the latest data revealing considerable progress in reducing differences in areas such as economic participation and opportunities.

Iceland retains the top spot in closing the gender gap for the 11th year in a row at 87.2 per cent. It is followed by Norway, Finland, Sweden and Nicaragua. Other economies featuring in the top 10 include New Zealand, Spain, Rwanda and Germany.

Yemen is ranked last out of the 153 economies covered in the study, with Iraq, Pakistan, Syria and the Democratic Republic of Congo also faring badly.

According to the current trajectory for closing the gender gap across politics, economics, health and education, the overall global gender gap will close in 99.5 years, as against an estimated 107 years in the last report.

The study shows improvement in political representation has helped narrow the overall global gender gap although this is partly offset by the fact that economic opportunities for women have worsened over the last 12 months.

The most significant progress for Ireland has been in the increase in the number of women in senior positions, which has risen from 34.3 per cent to 36 per cent, and a closing of the gap in the area of estimated earned income.

However, on the downside, WEF researchers noted that wage and income gender gaps are still relatively large, both ranking 56th globally. Similarly, women engage in the labour market relatively less than in other countries, and less than men. Moreover, only half of the women who work are employed part-time, and on average an Irish woman tends to spend 2.3 times more than a man on unpaid care and domestic activities.

The report notes the fact that two women have served as presidents here but adds that this has not led to a rise in female representatives in the political domain with just 26 per cent of ministers being women.

Globally, politics remains the area where least progress has been made to date in closing the gender gap. Educational attainment, and health and survival, is much closer to parity on 96.1 per cent and 95.7 per cent respectively.

The other major battlefield is economic participation where the gender gap widened in 2019 to 57.8 per cent closed from 58.1 per cent a year earlier.

“To get to parity in the next decade instead of the next two centuries, we will need to mobilise resources, focus leadership attention and commit to targets across the public and private sectors, said Saadia Zahidi, a WEF board member.

“Business as usual will not close the gender gap – we must take action to achieve the virtuous cycle that parity creates in economies and societies,” she added.