How team members can best transition to managers

Avoid rookie mistakes by employing these basic but often-overlooked practices 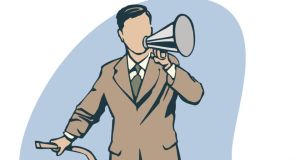 When you transition from team member to manager, you aren’t just moving to a higher league – you’re playing in an entirely new game. How do you avoid mistakes? By embracing your rookie status. Here are four ways to do that:

1 List the things you don’t know Write down everything you think you need to understand better to succeed in your new role. Shane Atchison, chief executive of Possible, a creative agency, calls his list “7 Things I Don’t Know”. As he explains, “Every so often, I sit down and write it out. This is easily the most important part of my toolkit because it forces me to get out of my own bubble and take a critical look at what’s going on around me.”

2 Confess your limitations Let people know you’re a rookie and learning. Cliff Bean, a former lieutenant commander in the US Navy, was one of those “golden types” who was admired by all his fellow officers. When he assumed a new role as a cryptologic resource co-ordinator, he started one of his first meetings by announcing, “Hi. My name is Cliff, and I don’t know what I’m doing.”

This proactive confession prompted others to admit they felt like they had been faking expertise also.

3 Ask questions While your value used to come from having all the answers, your new value will come from asking the right questions and letting your team find the answers. As a rookie manager, ask questions that cut to the core, reveal problems and prompt your team to think differently and find fresh solutions.

4 Do less; challenge more If you want the people on your team to step up and do more, you have to be willing to do less: less talking, less responding, less convincing and less rescuing of others who need to learn for themselves. Instead of contributing big ideas, offer big challenges that require your team to develop big ideas.