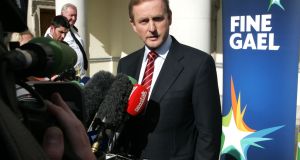 The Government has announced details of a regional jobs strategy that it says will generate 25,000 extra jobs.

The West Action Plan for Jobs aims to deliver 10-15 per cent employment growth in Mayo, Roscommon and Galway before 2017.

The plan is the fifth of eight regional jobs plans to be published over the coming months, as part of a new €250 million regional jobs strategy.

A statement from the Government said that following “several difficult years” since the crash, employment in the west “has returned to growth” with 5,000 extra people at work over the past twelve months. During the years 2008-2011, some 400 jobs were lost in the region.

Key sectors targeted as part of the plan include agri-food, tourism, medtech, ICT and pharma.

The plan will seek to achieve an increase of at least 25 per cent in the number of start-ups in the region, and a 25 per cent improvement in the survival rate of new businesses.

It will also seek to create a “food innovation hub” in the region, and generate 540 extra jobs in Gaeltacht regions in life sciences, mariculture and food.

Taoiseach Enda Kenny said the plan represented “a clear pathway to unlock the potential of the region”.

“No single agency can bring jobs to a region,” he said. “This takes collaboration and that is at the heart of this plan.

“Local enterprise offices, tourism bodies, agri-food bodies and the national enterprise agencies will all work with local stakeholders to provide the best supports possible to help enterprise invest in the west.”

Minister for Jobs Richard Bruton said the west of the country “has faced major problems” over recent years.

“Between 2008 and 2011 27,400 jobs were lost in the region, almost 60 per cent of these in the construction sector alone,” he said. “Emigration skyrocketed. However in recent years the region has bounced back, with 5,000 jobs created in the last year.”