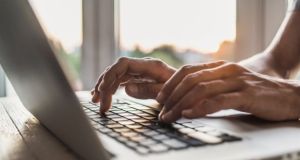 Future of work specialist Daniel Susskind believes we’re moving towards a world where there may no longer be enough paid work to go around due to advances in technology. Photograph: iStock

The coronavirus pandemic is prompting quirky shifts in personal behaviour. Sales of grooming and hygiene products such as shampoo, shaving foam and deodorant have all gone down, but sales of flour and pet treats have soared. People are working at their kitchen tables in their pyjamas at odd hours, they’re taking Zoom calls with babies on their knees and those with jobs are doing whatever it takes to keep them.

The last thing on most people’s minds is the long-term impact of the pandemic on employment, but it’s precisely what’s keeping economist and future of work specialist Daniel Susskind awake at night.

In January, Susskind’s new book was published and, in view of what has since unfolded, its subject matter – A World Without Work – is a tad close to the bone. The book explores how society should respond to the increasing automation of jobs and when Susskind wrote it, automation and the steady push of AI into the workplace were the big things people were worrying about.

They haven’t gone away of course, but for now they’ve been over taken by a much more immediate employment crisis.

Susskind believes we’re moving towards a world where there may no longer be enough paid work to go around due to advances in technology. But while the relentless march of automation may be the dark shadow lurking in the corner, he is not about to write off human workers just yet. They still hold a few trump cards.

Chief among them are the ability to be flexible, adaptable, innovative and able to think outside the box – all qualities that come into their own when commerce is blindsided by something like a pandemic.

Similar qualities are found in the make-up of leaders and businesses that step up to challenges and change. And given the unprecedented levels of both inflicted by coronavirus, these attributes may be what will ultimately stand between having a job or not.

In broad terms, Susskind believes advancing automation leaves us with two choices: learn how to build the machines that are going to replace us or focus on developing skills in areas where machines are weak.

Kevin Empey is the managing director of Work Matters, which specialises in people and leadership solutions for the changing world of work. He says that having a workforce with an agile mindset is the key to surviving the anticipated disruptions to employment. In a nutshell, personal agility requires the dual ability to focus on getting things done now while also being aware of and responding to changing circumstances.

Empey says personal agility should be recognised as a conscious discipline rather than a reactive trait.

“Covid-19 is an aggressive reminder of the volatility of the world of work,” he says. “It has exposed the fragilities of a service-dominated economy and left people wondering how do we take back some control over our careers to avoid being bounced from disruption to disruption.”

Empey’s “recipe” for personal agility is based around the acquisition of six qualities including a growth and learning orientation, an openness to change, a willingness to collaborate and good relationship management skills. Also part of the mix are empowerment – as in taking control of one’s career path – and purpose whereby an individual is guided by clear personal and professional objectives.

“There is nothing earth shatteringly new about these traits,” Empey says. “But in the course of two years’ research into the skills that can help employees thrive rather than just cope with work and ensure they have careers into the future, these are the things that seem to best equip people to withstand knocks and changes. What’s important now is that individuals and organisations start looking at how to develop them.”

Empey says organisations may need to think differently about the skills they hire from now on. For example, qualities that were traditionally seen as positive such as longevity of service, may no longer apply because someone with more diverse experience would be a better fit.

He also says that, at a structural level, the pandemic, which has accustomed people to remote and distributed working, is an opportunity for companies to make their organisation more future fit.

Susskind is more sanguine than most about the immediate impact of coronavirus on employment because humans typically rise to a crisis. Where the greater threat lies, he believes, is in what happens over the next 18 to 24 months when companies have had time to develop technologies to replace what the humans are doing now – for example, hand-picking products for online retailers.

“In any discussion about the future of work, we need to make the distinction between automation and innovation. And automation is what we’re largely seeing in this crisis. People are simply using technology to make their existing work more efficient and effective,” he says.

“Where this needs to go in the context of safeguarding future employment is using technology to fundamentally and radically change the way we work and it’s likely the current crisis will accelerate this trend.”

One thing that has become increasingly clear since this crisis began, Susskind says, is that culture is one of the main stumbling blocks to the adoption of technology and when the incentive is strong enough resistance melts away almost overnight.