Breaking the news to employees when jobs are going

It is not easy to tell someone their job is gone, but it can be done fairly and with respect 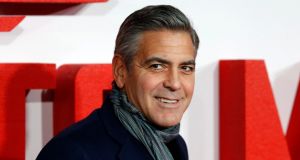 George Clooney’s character in the film Up in the Air describes his job as being “hired by cowards who don’t have the guts to do their own dirty work”. Photograph: Tal Cohen/EPA

In Jason Reitman’s film Up in the Air, George Clooney plays a character who fires people. Describing his job, Clooney says he is hired by cowards who don’t have the guts to do their own dirty work. One Irish-based HR manager who has let people go says “it’s the hardest thing to do, as this is someone’s livelihood. It hits people differently and most don’t take it in initially.

“When they do, I’ve seen tears, nervous laughter, anger and had things thrown at me. My advice is to be upfront, respectful and to look after people as best you can. Also offer them the opportunity to talk when the news has sunk in.”

Most managers receive little or no formal training in delivering bad news and it is scarcely covered on most management courses. It should be, though, according to 2016 research from psychologists at Germany’s Saarland University. They conducted experiments to see if how bad news is broken to employees makes a difference. It does. Clearly and fairly presented facts make things easier on both parties. Training also improved managers’ ability to deliver bad news and significantly reduced negative reaction.

“Giving or receiving bad news will never be an enjoyable task. Nevertheless, training can help managers to increase the perceived fairness of a layoff and help employees to look ahead,” lead researcher Manuela Richter* says.“Some management consultancies offer so-called ‘dismissal training’; however, such training is often limited to the legal aspects of layoffs. Soft skills around fairness are barely trained.

Peter O’Connell, managing director at Career Development Associates, says today’s volatile labour market means “many people are likely to experience being laid off once if not twice during their careers. Going through redundancy is now a fact of working life. If someone is let go for performance reasons, that’s different and there will have been a number of prior steps. The individual will be aware of what’s going to happen.”

O’Connell has some advice for those breaking bad news and, needless to say, firing people by email or text is a big no-no. “Communicate the decision personally and be clear about the rationale,” he says. “Make sure everyone at management level is on the same page. Have meetings on Mondays, not on Fridays, as this gives people time to process what’s happened. Make yourself available to them all week. Sending someone home to brood over the weekend can have negative kickback.

“As regards the meeting itself, be clear, concise and consistent, stick to the facts, don’t lay any blame and don’t be overly sympathetic,” O’Connell adds. “This is a corporate decision and you have to own it. Don’t use phrases such as ‘I know how you’re feeling’ or ‘I understand’ – chances are you don’t and the person knows that. Have a back-up plan if someone gets up and walks out of the meeting.”

Managers are also advised to be transparent and to use the past tense as this rules out hope. Hiding behind the HR department is not an option. Man or woman up, take responsibility for the decision and, if something like a reference might help, suggest providing it. Offering a good financial package can take some of the sting out of the experience, as does the offer of outplacement.

“Outplacement, whereby an employee is assigned someone to help them through the process, can help things happen more smoothly,” O’Connell says. “It’s an indication that an employer wants to provide as much support as possible. It also gives the person something to ‘do’ when Monday morning comes and they have no job to go to.”

Richter says organisations that take a cavalier attitude to shedding staff are likely to suffer collateral damage. “Both psychological and management research have demonstrated the negative consequences of downsizing and layoffs, especially if procedures are handled in an unfair and insensitive way,” she says.

“Organisations may suffer damaged reputation, impaired customer satisfaction and, contrary to corporate expectation, decreased profitability and financial performance [because employees sue their former employer for compensation]. On the individual level, the employees remaining may have reduced organisational commitment.”

O’Connell agrees. “Treating people badly creates uncertainty and the talent that remains moves on quite quickly,” he says. “Economic imperatives may mean some people will stay, but those with the ability to transfer start looking for their next career move.”

TIPS FOR BREAKING THE BAD NEWS

– Deliver the bad news at the beginning of the meeting.

– Have a detailed explanation for the bad news.

– Deal with the emotions expressed.

– Provide information about follow-up measures to promote planning for the future.

1 My aunt never told us that Gran passed away with no will
2 Ryanair to slash 1,000 flights from August and September schedules
3 The $6bn judgment pitting Nigeria against Irish businessmen
4 If it’s safe to do so, could this be the time to spend for Ireland?
5 Netflix stock drops after downgrade by UBS analysts
6 Will Revenue come calling with tax bill if inheritance tax threshold falls?
7 Burger King to sell whoppers from cows that belch out less methane
8 Political row brewing if Ireland loses its appeal on Apple
9 Green Party TD queries ‘usefulness’ of another appeal in €13bn Apple tax case
10 Davy raises mortgage lending forecast as home listings rise
Real news has value SUBSCRIBE