What the Irish get up to at SXSW in Texas 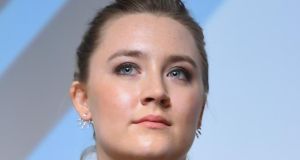 Saoirse Ronan: There are a dozen Irish music acts, 17 Enterprise Ireland-backed companies and a number of start-ups, at SXSW but Irish representation in comedy and film is low. Photograph: Michael Loccisano/Getty Images

The Irish delegation to Austin’s annual SXSW event just keeps getting bigger. Enterprise Ireland, the IDA, Invest Northern Ireland, Culture Ireland amd Music from Ireland all have a stake at the event which will draw more than 70,000 people to the Texan capital.

This has made UK and Ireland manager for SXSW Una Johnston’s, job harder. “I used to have three months off from SXSW each year,” she says. “Now I have one.”

There are a dozen Irish music acts, 17 Enterprise Ireland-backed companies and a number of Irish start-ups that have come under their own steam. However, Irish representation in comedy and film (with the notable exceptions of Saoirse Ronan and Domnhall Gleeson) are left wanting.

“There are some films with Irish involvement,” says Johnston. “But you really have to actively stimulate participation in each field to get people on the SXSW bill.” Still Irish involvement will likely continue to grow at the event.

“The Irish Consulate, Enterprise Ireland and the IDA all have offices here now, which is crucially important,” says Johnston. “They’ve seen the potential of this city. Even if SXSW wasn’t happening, Austin would still be a great place for Irish companies and artists to locate.”

Why is Ireland making such efforts to court Austinites? Well strong economic links already exist. “There are around 5,000 people employed in Ireland through Texas companies,” says Martin D Shanahan, chief executive of IDA. “Our aim at SXSW is to target emerging companies who may have already developed within the US but are thinking about the next market, which is frequently Europe. Were here to say that Ireland is the place to conquer Europe from.”

Enterprise Ireland’s Simone Boswell has attended the event on behalf of her own companies in the past as well as for the government-funded agency.

“Participation includes a delegation package with supplemented SXSW badges and stand costs. We also find accommodation for them downtown but they have to pay for it.” Enterprise Ireland has a series of events laid out for its start-ups including discussions and sit- downs with venture capitalists.

Since the music arm of SXSW began 29 years ago, it has continued to deliver more and more events in every area of culture, work and society.

Hugh Forrest, the event’s overall director, would rather we call SXSW a “community”.

Dubliner Ross Killeen paid $1,200 for his Film and Interactive badge. “I paid another $1,000 for accommodation,” he says. “But I have friends and colleagues who have been coming here for years and they told me it was great fun as well as being very useful from a business perspective.”

Killeen is founder of two video production companies, Event Junkies and Motherland. He has travelled to Austin to see what the festival might do for his businesses.

“I’m here to meet people, get inspiration and listen out for new trends,” he says. “I think if you want to be ahead of your game, you need to be coming to these kinds of events.

“So far it has been really great for networking with other Irish companies. It’s ironic that I had to travel halfway across the world to do that.”