Tourism should not be 'captured' by lobby groups - Fáilte official 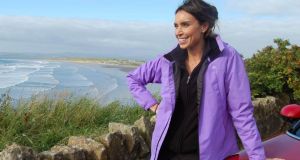 A senior official with State tourism body Fáilte Ireland has warned against overstating the negative impact of high alcohol prices on tourism.

Paul Keeley, the business development manager of the State body, also said the tourism industry should “never be captured” by any particular lobby group.

He was speaking to The Irish Times following a drinks industry event hosted by a lobby group for lower alcohol taxes, which says high drink prices damages tourism.

The roundtable event at the Old Jameson Distillery, in Dublin, owned by Irish Distillers, heard repeated calls from several industry-linked groups for a cut in Ireland’s alcohol excise taxes, the third highest in Europe.

The event was held by the Support Your Local lobby group, which is partly funded by multinational drinks manufacturers. It is an initiative of the Drinks Industry Group of Ireland, whose members include the Alcohol Beverage Federation of Ireland – the big drinks companies – as well as publicans and hoteliers.

Ray Dempsey, the general manager of the distillery, which is ultimately owned by French drinks giant Pernod Ricard, said high alcohol taxes is the “number one threat” to tourism inspired by the renaissance in Irish whiskey production.

Mr Keeley said, “We need to be careful not to overstate the effect” of high drink taxes when it comes to attracting overseas visitors. He said research by Fáilte Ireland showed “only 16 per cent” of foreign tourists cited high alcohol prices as a disadvantage.

“On the other hand, it is the second-highest individual factor, after the weather. But it is still less than one in five,” Mr Keeley said. “If the experience is good enough,” he added, Ireland’s higher drink prices shouldn’t matter. “We will never be a cheap destination,” he said.

Mr Keeley said Irish tourism had benefited hugely from initiatives such as the Wild Atlantic Way, but that Ireland would still have to take market share from other countries to hit the target of 10 million overseas visitors by 2025.

Mr Dempsey noted in his speech to the event that foreign tourists often complain that a bottle of Jameson bought at the distillery in Dublin often costs far more than they would pay for it in their home countries.

“We need Government help. I feel sorry for the tourists when they have to pay that much for drink in our establishments. It needs to be addressed,” he said.