Case against RSA and Arachas fast-tracked in Commercial Court 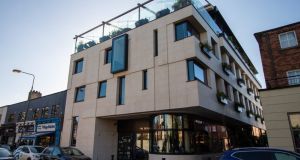 The Devlin Hotel in Ranelagh, Dublin. 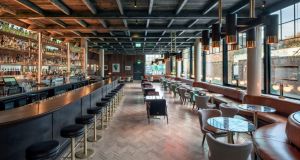 The operator of a hotel in Ranelagh, Dublin 6, has brought a legal action over its insurer’s refusal to pay out on a claim for business losses caused by the Covid-19 pandemic.

Premier Dale Ltd, trading as The Devlin Hotel, has sued an insurance broker, Arachas Corporate Brokers Ltd, and an insurer, RSA Insurance Ireland DAC. Premier Dale is a subsidiary of the Paddy McKillen jnr-controlled Press Up, the fast-growing hospitality group.

Premier claims the refusal to pay out on its business interruption claim has resulted in the hotel business sustaining “massive and mounting losses” without it being able to access funds from its insurer.

The case, which arises from the hotel having to close its doors last March due to the health emergency, was admitted to the fast-track Commercial Court by Mr Justice David Barniville this week.

The defendants consented to the operator’s application to fast-track the case, which will return before the court in November.

In its action, Premier, represented by Paul McGarry SC, says it entered into a contract of insurance with RSA in October 2019. It claims, under that policy, it is entitled to be indemnified in respect of financial losses expected to exceed €1 million arising from interruptions of business at the hotel. Following the hotel’s temporary closure last March due to Covid restrictions, the operator sought to be indemnified in respect of its losses.

RSA informed the operator in April it was refusing to pay out.

Premier claims that refusal amounts to a breach of the insurer’s obligations under the 2019 contract. It also claims it relied on advice given to it by the broker, Arachas, in relation to the insurance contract entered into with RSA.

It is seeking damages for alleged breach of contract, negligence and negligent misrepresentation. It wants a declaration from the court that it is entitled under the terms of the 2019 insurance contract to be indemnified in respect of financial losses from the interruptions of business since March 15th. It further seeks orders restraining RSA from refusing to indemnify it and requiring RSA to keep it indemnified in respect of insurable losses.