Stena Line and Doyle Shipping in court over contract termination 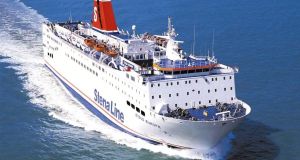 Stena, which has entered into a contract with another party to provide the services at Dublin Port, has, in its proceedings against DSG, sought a declaration its termination notice is valid.

A dispute between Stena Line and Doyle Shipping Group over the provision of services for ferries docking at Dublin port has come before the Commercial Court. Doyle Shipping Group (DSG) had operated a contract with Stena Line Limited to provide services to allow Stena’s ferries dock at Dublin Port. The services include stevedoring, checking-in and out of passengers, loading and unloading freight and administration services.

The contract for providing the services was worth €4 million annually and was renewed periodically. On August 31st last, Stena informed DSG it was ending the agreement and gave DSG three months notice.

DSG, which provides services at all of Ireland’s major ports, argues the termination notice is in breach of an oral agreement negotiated with Stena in 2015 for provision of services at Dublin Port until 2022.

In its proceedings against Stena, DSG wants declarations including the termination notice is invalid and of no effect, and that the 2015 agreement is binding. It also wants injunctions restraining Stena breaching the contract with DSG or transferring any of DSG’s contractual obligations to any other party.

It wants further orders preventing Stena removing or evicting it from any of properties or locations in Dublin Port where it operates. Paul Gallagher SC, for DSG, said there was some urgency to the proceedings as the purported termination is due to take place on December 1st and there are concerns for the jobs of 53 people employed by his client in providing the services.

Stena opposes the action, claims the termination notice is valid and it is entitled to terminate the agreement on three months notice based on an agreement the parties entered into in 2011.

Stena, which has entered into a contract with another party to provide the services at Dublin Port, has, in its proceedings against DSG, sought a declaration its termination notice is valid.

It also seeks injunctions restraining DSG interfering with its activities in connection with the removal of freight and its passengers services at a section of the port, off Alexandra Road in Dublin 3, from where Stena operates.

If necessary, Stena also seeks an order for possession of that section of Dublin Port. Both cases were admitted on Monday to the fast track Commercial Court list by Mr Justice Brian McGovern and returned to later this month. ends