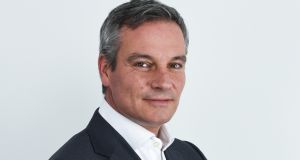 Mr Whelan joins Stellwagen from ALAFCO Aviation and Lease, where he most recently served as managing director and head of trading. Prior to that, Mr Whelan served as executive director of aviation finance at Standard Chartered Bank in Dublin, specialising in operating and finance lease origination and the strategic sell down, remarketing and transitioning of Standard Chartered and third-party portfolios for over ten years.

Douglas Brennan, chief executive Stellwagen Group said: “We are delighted that Aengus has joined the company at this exciting and pivotal time in our development. He brings considerable relevant aviation finance experience and I have no doubt he will play a central role as part of the senior executive team at Stellwagen, as we look to further develop our markets.”

Stellwagen is headquartered in Dublin, and its backers include banks, insurers, pension funds and other investors. In November it said it could borrow up to $500 million (€ 420m) from a group of banks to fund future growth.

Former Ryanair chief financial officer Howard Millar joined the company in 2016, but left in September 2017. In November last, Stellwagen said it may take a claim for substantial damages against three former executives, including Mr Millar, as it alleged that they attempted to divert valuable business away from the company.