Ryanair wins battle with pilot who refused to move to Lithuania

Louth pilot Patrick Burns was asked to move 1,800km from base in Marseille 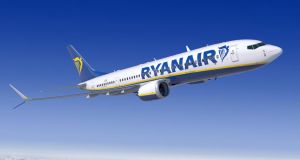 Ryanair has won a legal battle with one of their pilots who refused to move his working base from Marseille in France to Kaunas in Lithuania.

Mr Burns, originally from Co Louth, had gone all the way to Ryanair CEO Michael O’Leary to appeal a decision to move him from his base in Marseille to Kaunas – some 1,800km away.

Mr Burns (40) claimed he was unfairly dismissed from his €124,000-a-year job and was assigned the post in Lithuania as punishment for failing to fill out a transfer request form when Ryanair closed its Marseille base following a row with the French government over tax in October, 2010. Ryanair denied the allegation and said that, following Mr Burns’ failure to appear for work in Kaunas as scheduled on March 16th and 17th, 2011, an investigation meeting was held, followed by a disciplinary meeting.

The company said that it believed that Mr Burns had no intention of attending for work in Kaunas.

Mr Burns, who has worked with Ryanair since 1998, was informed of his dismissal on April 6th, 2011. A subsequent appeal was unsuccessful.

At evidence heard on dates last year and earlier this year, Mr Burns told of initiating the company’s grievance procedure, but this was rejected by management.

He had then appealed the decision to Mr O’Leary.

Mr Burns told Mr O’Leary he was willing to relocate to a base within commutable distance of Marseille, where he had bought a new home with his fiancée. He asked Mr O’Leary for details of the terms and conditions of pilots at Ryanair’s bases, as the transfer to Kaunas would have seen a drop in his salary.

“He became a little bit aggressive and he pointed his finger in the direction of the IALPA (Irish Airline Pilots’ Association) office and said ‘they will never get that information’,” Mr Burns told the Tribunal.

Mr O’Leary ultimately rejected the appeal and Mr Burns was dismissed for gross misconduct for failing to report for duty at Kaunas.

In its decision, the Tribunal said that, having considered all of the evidence, it had found by majority decision that Mr Burns was not unfairly dismissed. “The claimant had ample opportunity to apply for a base of his choosing in the event that the Marseille base would close, which it eventually did, and he did not do so. The majority of his colleagues engaged in the process and had no difficulty getting the base that they wanted.

“The claimant was of the view that he had a contract for Marseille and that the issue of its closure was speculative and therefore he did not need to apply and therefore did not apply. The result was that the base was chosen for him. The claim under the Unfair Dismissals Acts, 1977 to 2007, fails.”

1 ‘I’m so lucky to be in the Caribbean – a million miles from Derry Girls’
2 Joint accounts: if one of us dies, can the other access the money?
3 Ryanair expects air fares to fall when flights take off again
4 Tax and the Pandemic Unemployment Payment: Your questions answered
5 Charlie Chawke plans 290 apartments and hotel on Goat pub site
6 Tobacco makers still trying to make a mint from Irish menthol market
7 ‘The recovery needs to be a full-scale economic renewal’
8 Minister calls on EU to act against tobacco firms ‘undermining’ menthol ban in Ireland
9 Brown Thomas and Arnotts shoppers will be able to book time slots for entry
10 Coronavirus: Technopath offers employers not-for-profit antibody tests
Real news has value SUBSCRIBE