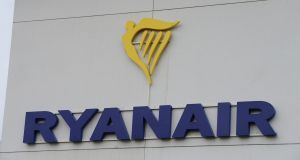 The trade union representing Ryanair’s Irish-based pilots has told the High Court that the airline is not entitled to an injunction preventing its members from going on strike later this week.

Forsa told the court that it is involved in a trade dispute relating to pay with Ryanair, who it says has failed to agree or engage with proposals it made last March. Forsa claims that the airline’s response to its detailed pay proposals “was curt and dismissive”.

While it regrets any negative consequences the industrial action will have on Ryanair’s customers, they claim the proposed strike has been caused by Ryanair’s treatment of a legitimate pay proposal.

In its action Ryanair seeks orders against Forsa, which is the parent union of the Irish Air Line Pilots’ Association (Ialpa), preventing the union’s members from striking for 48 hours from midnight on August 22nd .

The airline’s action is also against a number of pilots who are members of Ialpa, including that union’s president Evan Cullen.

Ialpa, which represents approximately 180 Dublin-based pilots who are directly employed by Ryanair, recently balloted its members who voted to go on strike.

If granted, the injunction would remain in place pending the final outcome of the airline’s action against the defendants.

The airline, represented in court by Martin Hayden SC and Eoin O’Shea, is also seeking a declaration from the court that Forsa’s ballot for the proposed strike action and its notice of strike action served on Ryanair last week was unlawful.

The airline claims that the proposed strike breaches an agreement between the parties following a mediation conducted by retired Workplace Relations Commission chair Kieran Mulvey in 2018.

The airline also claims that the dates of the industrial action were chosen to cause maximum disruption to its business and coincide with strike action being taken on the same dates by Ryanair’s UK-based pilots.

The airline also claims that there is no trade dispute or any valid complaint about the pilot’s terms and conditions of employment between the parties. Ryanair claims no detailed pay proposals have been put to it by Forsa in advance of the ballot or the time the strike notice was served on the airline.

Ryanair also alleged that the strike ballot is invalid because not all relevant members of the union who are directly employed by Ryanair were balloted. The airline further claims that the union and its members are not entitled to the benefits of the 1990 Industrial Relations Acts. The claims are denied.

Marguerite Bolger SC, appearing with Jason Murray for the defendants oppose the application. Forsa’s position is that the 2018 agreement only concerns issues that arose between Ryanair and the union members in July and August of 2018, and has nothing to do with the current dispute.

The 2018 agreement was not about pay or pay increases, the union says, and had to do with specific issues including pilots’ grades, annual leave and base transfers. In a sworn statement to the court, Forsa’s assistant general secretary Angela Kirk said the union is involved in a trade dispute with Ryanair.

It was a fundamental role of any trade union to seek the best possible deal for its members and that is exactly what Forsa/Ialpa have sought to do. She said the union had not engaged in any inappropriate behaviour as alleged by the airline.

The airline’s comments in those regards she said were part of a pattern of behaviour by Ryanair to make “broad sweeping criticisms of anyone who seeks to assert employment rights in a manner that is not in keeping with Ryanair’s views of their employees’ entitlements.”

Ms Kirk said Ryanair had claimed that the union was adopting a belligerent approach to engender conflict and dispute” aimed at causing “maximum damage” to the airline, and that “the old Ialpa urge to attack and damage” Ryanair “is likely to emerge as it so often has in the past”.

The union had done this in a responsible and appropriate manner and it was unfortunate that their attempts to get a good deal for its members had been met by “groundless allegations and hysterical criticisms by Ryanair”.

She also said that there is “no basis whatsoever” to Ryanair’s “outrageous, false and misleading allegations of shortcomings by Forsa around the conduct of the secret ballot.”

The injunction application is before Mr Justice Denis McDonald. The application resumes on Tuesday when both sides are expected to finish their submissions. The judge said that he hopes to have a decision in the case by Wednesday morning, but said that he may be in a position to deliver his ruling on Tuesday afternoon.

Separately, Ryanair’s bid to block a strike by UK pilots rather than return to talks means a walkout before Britain’s busiest weekend for air travel is more certain, according to the union that called the action.

Ryanair has lost the chance to resolve the pay dispute by seeking a High Court injunction at a hearing to be held on Wednesday, the day before the start of the 48-hour strike at airports including the carrier’s biggest hub at London Stansted, the British Airline Pilots’ Association (Balpa) said on Monday.

Balpa general secretary Brian Strutton said the attempt to halt the walkout on what he called a legal technicality, after refusing further negotiations, is “another demonstration of the bullying tactics the airline appears to favour”.

He also said that Dublin-based Ryanair is continuing to sell tickets for the strike days, which come in the build-up to the August 26th UK bank holiday, and questioned whether Europe’s biggest discount carrier will be prepared to offer compensation to passengers. – Additional reporting by Bloomberg