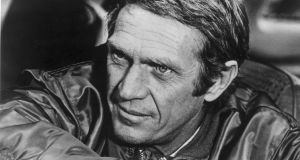 Steve McQueen: Starred in the film a hotel is named after 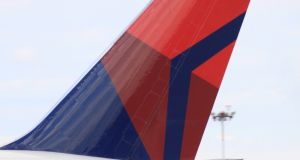 Avios may have the key to your redemption Avios, the travel reward programme, is coming to Ireland with the appointment of Eileen McGuinness as head of market.

The global frequent flyer currency for British Airways and members of International Airlines Group will be introduced by Aer Lingus in late spring.

Members of Aer Club – as the Gold Circle will become – will also be able to collect Avios from a range of companies such as Avis and Marriott. New partners are expected to join in Ireland and may include a large retail chain. Redemption rewards will include flights, hotel stays, car hire, attractions and days out. Trendy Belfast to get Bullitt hotel and Ryanair base It is all happening in Belfast this year. Ryanair announced the opening of a base at Belfast International Airport. It was named trendiest city for business travel in Europe at a recent MICE and business travel conference in Amsterdam by a panel of industry experts. And work has begun on the new Bullitt hotel; yes it is named after the movie with Steve McQueen.

The prime city centre hotel will be owned by the Beannchor Group, proprietors of the Merchant Hotel and dozens of pubs across Northern Ireland. Two more city centre hotels have received planning permission recently, adding to the four others approved in the past nine months.

Aer Lingus has the home advantage online We are going to see a lot of #HomeAdvantage over the next two months as Aer Lingus promotes its sponsorship with the IRFU.

The campaign reflects the loyalty of fans and how they make any venue feel like a home game.

High-speed wifi offered on all Delta flights Delta Airlines is now offering high-speed wifi on all its flights from Ireland, the two daily Dublin services and the Shannon service. Wifi has been extended to intercontinental flights between the United States, Europe, Israel and West Africa.

The service will be supplied by Gogo and powered by KU-Band satellite technology. Flyers will also have free access to the in-flight Delta Studio for streaming of films and televisions programmes to mobile devices.

1 Irish companies restrict travel over coronavirus fears
2 Bogus notion that supply will cure our housing woes
3 Life as a Facebook moderator: ‘People are awful. This is what my job has taught me’
4 Suspicions rife as key Brexit trade talks begin in Brussels
5 Coronavirus rocks financial world as hopes for containment fade
6 Corona beer firm reeling after 8% slide due to coronavirus
7 The Cork butcher’s daughter directing A-list celebrities in Miami
8 Flight attendant seeks High Court injunction against Aer Lingus
9 Coronavirus: Iseq down 11% in five days as global sell-off is worst week since 2008 crisis
10 How well paid do you think you are? Here’s how to work it out
Real news has value SUBSCRIBE