PSA Group outlines its plans for Opel, but doubts remain over factories in UK 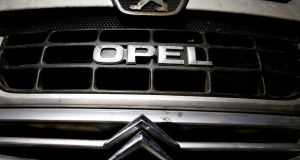 Opel has presented its plan for a financial turnaround under its new French owners, PSA Group, which also controls the Peugeot, Citroen, and DS brands. Exactly 100 days after the closing of the deal, whereby PSA took control of Opel (and British sister brand Vauxhall) from General Motors, the German car maker’s chief executive officer, Michael Lohscheller, has outlined how profitability can be returned to the company.

“Very importantly, and I want to address this at the very beginning,” said Mr Lohscheller, “our objective is to achieve our goals without plant closures and without forced redundancies in Europe thanks to strong improvements in competitiveness. Opel and Vauxhall need to change.”

The plan calls for all future Opel products to transfer from their current GM-based parts, platforms, and engines, starting with the new Combo van next year, and the all-important new Corsa small hatchback in 2019. The new Corsa has already been delayed to allow it to switch to sharing a chassis with the Peugeot 208 and Citroen C3, and will be a key driver in any plan to return Opel to profit.

Opel most recently posted a loss of €214 million for the second quarter of 2017, and has been a consistent loss-maker under GM ownership for many years. The PACE plan calls for €1.1 billion in savings by 2020, and another €1.7 billion by 2026. Most of those savings will come from a trimming of the supply chain, and a reduction in the number of platforms (the component sets used for each type of vehicle) used from nine to two.

The plan aims to reduce Opel’s break-even sales figure to 800,000 cars in a year, slightly less than its worst year ever, 2013. By 2020, Lohscheller wants Opel to have a 2 per cent operating margin, rising to 6 per cent by 2026. By comparison, VW currently has a 4 per cent margin, while Peugeot and Citroen share a margin of just over 7 per cent.

So far this year, Opel’s Irish sales have fallen by 16.8 per cent, to 6,497 cars and a market share of 4.98 per cent. The brand has fallen from its traditional top four sales position in the market, to a low of ninth in the sales charts.